NEW DELHI: Panic buttons that will be built in mobile phones for women in distress are a game-changer, Union Women and Child Development Minister Maneka Gandhi said on Tuesday as mobile companies prepare to roll out mobile phones with the provision from next year. 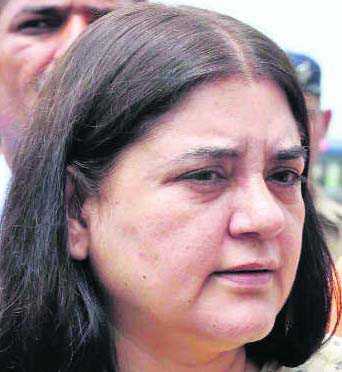 Panic buttons that will be built in mobile phones for women in distress are a game-changer, Union Women and Child Development Minister Maneka Gandhi said on Tuesday as mobile companies prepare to roll out mobile phones with the provision from next year.

"We finally managed to get the panic button. We have been working on it over the last two years. I spoke to the Prime Minister and he took it extremely seriously and immediately it has been done so we should give him credit for it," Gandhi told reporters outside Parliament.

She said: "When I came to the Ministry there were proposals that suggested that women should wear necklace (with an inbuilt device pressing which could trigger an alarm)”.

The minister had previously said although the panic button was a feature that will be built into new phones, older handsets could have it installed in their services stations.

The second proposal the ministry is currently working on is an application that will alert 10 people closest to a woman in distress of the trouble she is facing so they could help until police came.

“I am thinking of making the app compulsory on mobile phones," the minister said.