DHARAMSALA: Despite the announcement by Union Minister for Surface Transport Nitin Gadkari two years ago, the work on widening the Pathankot-Mandi highway is yet to begin. 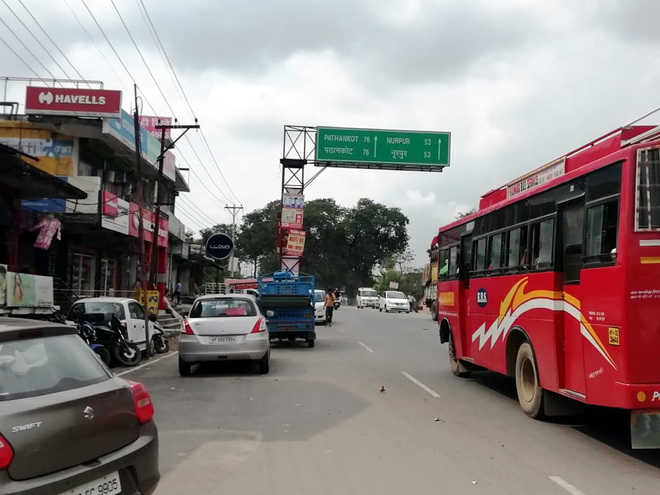 Even the land acquisition process for the highway project has not been started yet.

Despite the announcement by Union Minister for Surface Transport Nitin Gadkari two years ago, the work on widening the Pathankot-Mandi highway is yet to begin.

The minister had laid the foundation stone for fourlaning the Pathankot-Mandi highway just before the Assembly elections. The project was highlighted as a big achievement by BJP during campaigning.

Even the land acquisition work for the project has not been started by the National Highways Authority of India (NHAI).

Director of the NHAI in Himachal GS Sangha said, “Taking a lesson from the fourlane project of Solan, we have ordered a study  for the re-alignment of the Pathankot-Mandi project. We will ascertain the traffic density on the road and the extent of cutting of hills. Since the strata of the hills is very sensitive at many places, it is imperative to conduct a study. The report will be sent to the Centre that will take a final decision.”

Sources said the NHAI was in favour of reducing the width of the road than their standards for fourlaning in the plain areas so that the cutting of the hills could be minimised.

However, the delay in the final decision about the width of the road has landed the people, who are residing near the national highway, in a fix.

Ajay Mahajan, former Congress MLA from Nurpur, alleged that the people, who have lands along the national highways, were uncertain over leaving their lands or raise constructions on these. The maps of the people, who want to raise constructions along the national highway, are not being approved by the authorities. The government should clear the uncertainty so that the people could use their lands, he said.