SRINAGAR: Within hours of the announcement of resignation by PDP’s founding member and former minister Mohammad Khalil Bandh, the party held a high-level meeting and resolved to support the leadership. 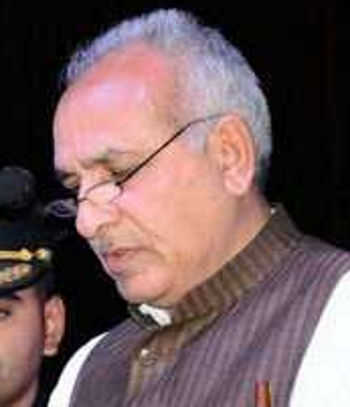 Within hours of the announcement of resignation by PDP’s founding member and former minister Mohammad Khalil Bandh, the party held a high-level meeting and resolved to support the leadership.

The meeting of the party’s senior leaders from the south Kashmir region was held at the PDP head office here and attended by top-tier leadership and former ministers.

Abdul Rahman Veeri, the party’s vice-president, chaired the meeting which took place in the shadow of Bandh’s high-profile resignation who accused the party leadership of humiliating the veterans.

Bandh, sources within the party said, resigned despite party president Mehbooba Mufti assuring him last week that he will be given autonomy of decision and would also decide the allotment of tickets in the Assembly elections when it takes place.

The participants of the meeting, which included former legislators and ministers, expressed “full confidence in the leadership Mehbooba Mufti”, the PDP said in a statement.

It said the participants resolved “in unison to support her each and every endeavour aimed at getting the people out of the cycle of uncertainty and lead the state towards a prosperous future”.

Veeri urged the leaders to hold constant contact with the people and highlight the issues they face on day-to-day basis and seek their resolution on priority from the concerned quarters.

Veeri also expressed confidence that the PDP would “bounce back in a revitalised form on the state’s political scene”.

Mohammad Sartaj Madni, a senior leader, urged unity within the party saying “the need of the hour is that the party leadership, functionaries, activists and supporters must work in close coordination”.

Bandh was assured of autonomy