PHAGWARA: Coming down from 72 per cent in 2017, the Phagwara Assembly constituency recorded 55.9 per cent polling in the bypoll held today. 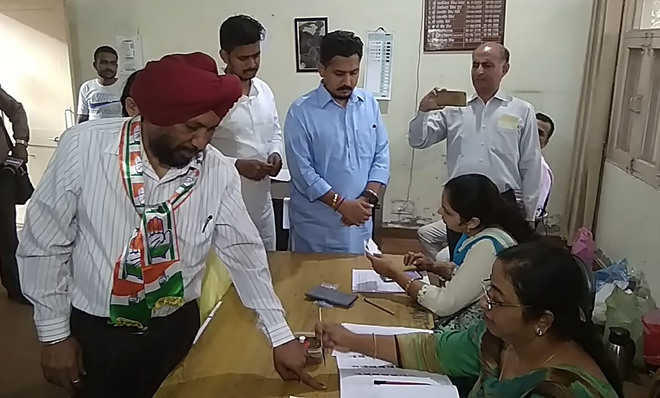 Coming down from 72 per cent in 2017, the Phagwara Assembly constituency recorded 55.9 per cent polling in the bypoll held today.

Poll pundits say the low percentage could be due to disenchantment for candidates among voters and the ongoing festive season.

Polling began at 7 am and continued till 6 pm, Returning Officer Latif Ahmed said.

Elaborate security arrangements were made and 800 police personnel, including two SPs, five DSPs and two companies of the Border Security Force were deployed in Phagwara, said SSP Satinder Singh.

Congress candidate Balwinder Singh Dhaliwal wore a muffler printed with party symbol when he went to cast his vote at booth no. 184. The BJP polling agent objected to this and informed Union Minister of State for Commerce and Industry.

Som Parkash and BJP candidate Rajesh Bagha immediately filed a complaint with the Returning Officer. The election officers replaced the entire staff at the polling station. A notice of explanation for code violation has also been sent to Dhaliwal as per election rules.