GURUGRAM: Taking a stern stance on the alleged pollution in drains and the Yamuna by their sewerage discharge, the Gurugram Metropolitan Development Authority (GMDA) has issued notice to 366 residential societies of the city to install sewage treatment plants immediately or lose sewerage connections. 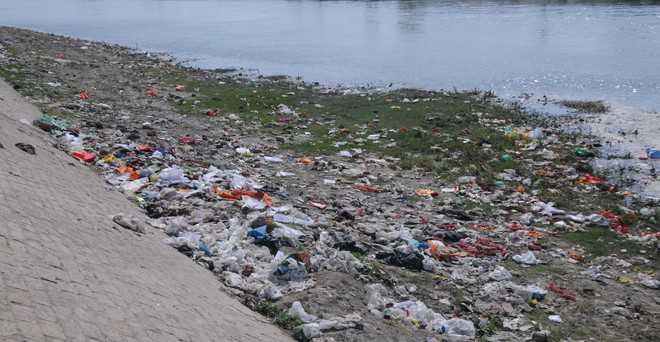 Taking action on pollution in the Yamuna, the Gurugram Metropolitan Development Authority has issued notice to 366 residential societies in Gurugram to install sewage treatment plants immediately, failing which these would lose sewerage connections.

Taking a stern stance on the alleged pollution in drains and the Yamuna by their sewerage discharge, the Gurugram Metropolitan Development Authority (GMDA) has issued notice to 366 residential societies of the city to install sewage treatment plants immediately or lose sewerage connections.

The move comes in the wake of recent slamming by the National Green Tribunal (NGT) over the drastic contribution of the city in polluting the Yamuna.

The notices, according to a senior GMDA official, have been served to private developers, who as per norms had given an undertaking promising installation of STPs while seeking construction licence from the Town and Country Planning Department.

A majority, however, retracted and have not done so even after decades of construction. Given to the cost of setting and maintaining STPs, a majority of societies have chosen to directly throw sewage into the drains, including Najafgarh drain, which eventually ends up pollution the Yamuna. Ironically, no action was initiated against the same for years. However, GMDA carried our random checks and have identified 366 residential societies as key culprits. In April this year, the NGT had appointed a principal monitoring committee to review GMDA’s performance. It expressed concern over the agency’s failure to check sewage discharge into the Yamuna through Najafgarh drain. Following its directives to check and put an end to the same, GMDA carried out random checks and found these societies guilty.

GMDA has provided an option to all builders to either get their own STPs or take proper sewerage connection from GMDA and pay charges. The city has three main STPs at Dhanwapur, to treat 300 million gallons of water daily.

“It is shocking to find that while they vowed to build STPs and even charged house owners, they have been discarding sewage like this. Pollution cannot be tolerated at any level and defiance shall lead to legal action,” a senior official said.