Punjab power consumers to get relief from high tariffs

CHANDIGARH:Power consumers in Punjab are set to get relief from high tariffs in the next financial year as the state will start getting low-cost fuel to generate electricity from a captive coal mine from next year, which will reduce its costs by 60%. 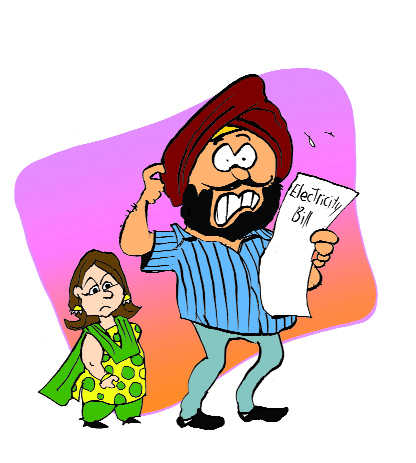 Power consumers in Punjab are set to get relief from high tariffs in the next financial year as the state will start getting low-cost fuel to generate electricity from a captive coal mine from next year, which will reduce its costs by 60%.

“We are planning to pass the benefit to consumers from the next fiscal. Average savings to consumers would be about 16 paise per unit,” PSPCL chairman-cum-managing director Baldev Singh Sran told The Tribune.

Officials said, the Punjab State Power Corporation Ltd (PSPCL) will be able to save around Rs 750 crore annually on its fuel cost. It will get coal from Pachwara (Jharkhand) at a little less than Rs 1,500 per tonne, including taxes, significantly cheaper than the current procurement of coal at around Rs 2,400 per tonne from Coal India Ltd (CIL).

The corporation has secured a supply of around 7 million tonnes of coal every year from the Pachwara coal block, which was awarded to the state three years ago for its captive utilisation. The PSPCL has finally awarded the block for mining to a private company recently. The block has a mineable reserve of 382.1 million metric tonnes for 55 years. The company can, however, mine maximum 7 million tonnes per annum from the block.

PSPCL has awarded the block to Dilip Buildcon-VPR consortium. The block is a part of the Rajmahal Coalfields in Pakur district of Jharkhand. The operator is expected to commence mining by February next year, officials said. The crucial three years was spent by PSPCL on regulatory and commercial issues.

Punjab has been facing power crisis, particularly on account of tariffs, which is very high for general consumers due to free power to the farm sector. Due to this, the Punjab State Electricity Regulatory Commission (PSERC) had hiked power tariff by a steep 2.17% for the domestic consumers for the current financial year.

The cheap fuel supply from the next fiscal year would help consumers of every category. For example, if a domestic consumer uses around 800 units in a month, his savings would be around Rs 128. The PSPCL has around 80 lakh consumers, including domestic, commercial and industry (except agriculture). The average revenue collected from the sale of power is around Rs 22,000 crore annually, which does not include agriculture.