HYDERABAD: The data theft probe being conducted by the SIT of Telangana Police after the recovery of a hard disk from IT Grids (India) has found record about 2 crore Aadhaar accounts of Punjab residents. 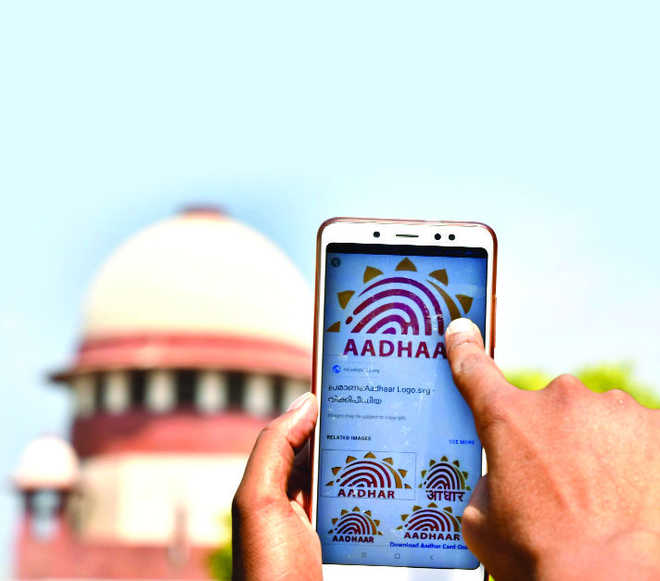 The data theft probe being conducted by the special investigation team (SIT) of the Telangana Police after the recovery of a hard disk from IT Grids (India) has now found record about 2 crore Aadhaar accounts belonging to residents of Punjab.

This is in addition to the Aadhaar data theft of about 7.82 crore residents of Telangana and Andhra Pradesh, thus taking the size of alleged data theft to 9.8 crore accounts. The motive behind storing such a large data from Punjab by the company is yet to be ascertained. It is expected to become clear after company’s CEO Dakavaram Ashok is questioned.

Punjab has a population of around 2.8 crore, out of which Aadhaar details of over 2 crore persons have been found with IT Grids. The Unique Identification Authority of India (UIDAI) has, however, refuted reports about the breach of its data servers.

On Wednesday, the UIDAI claimed its servers were safe and secure. However, the police said this happed to be the first case in which the theft of data had been scientifically proven. “Mere possession and storage of Aadhaar numbers of people, though it maybe an offence under the Aadhar Act under some circumstances, does not put the Aadhaar holders under any harm in any manner whatsoever. For accessing any Adhaar-based service, biometrics or one-time password (OTP) is also needed,” the UIDAI said.

The UIDAI has, meanwhile, filed a complaint on the basis of the FIR lodged by the SIT to investigate the purpose for which such a large data of Aadhaar card holders was stored by the IT Grid (India).

The company claims it is involved in analysis of data to assess cadre strength and “stay connected with the root level”, conduct election analysis based on demographics and geographic inputs, do election analysis and planning for political leaders, suggest communication strategy to reach out to the voters. As the company is involved in planning of election strategies, the presence of such a large voter data with it has raised serious concerns. The SIT has seized 60 hard disks, pen drives, memory cards etc. out of which 40 hard disks have been examined so far.