Being MLA doesn’t give licence to misbehave: Court on bail plea of Bains

GURDASPUR: Being an MLA does not give anyone the licence to misbehave with a government servant, observed a court here while rejecting the anticipatory bail of Lok Insaaf Party leader Simarjit Singh Bains. 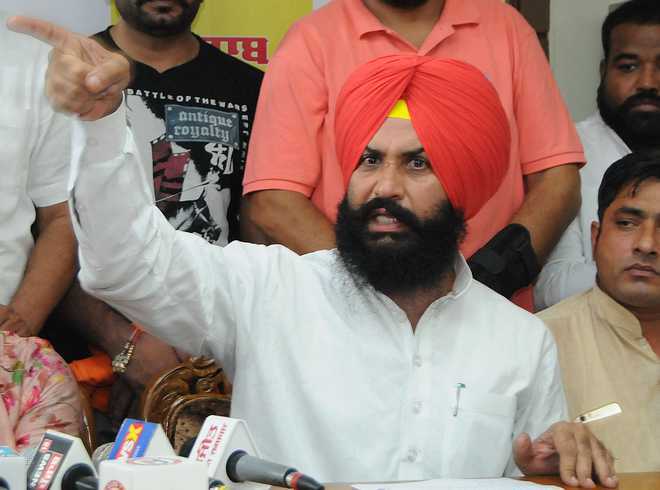 Being an MLA does not give anyone the licence to misbehave with a government servant, observed a court here while rejecting the anticipatory bail of Lok Insaaf Party leader Simarjit Singh Bains.

Gurdaspur District and Sessions Judge Ramesh Kumari observed in his order on Monday that if a senior bureaucrat was treated badly by an MLA, then he would not be in a position to function independently.

The court made these observations during a hearing on an anticipatory bail plea filed by Bains after he was booked for misbehaving with Gurdaspur Deputy Commissioner Vipul Ujwal.

Bains, who is an MLA from Atam Nagar in Ludhiana, was booked by the Punjab Police for allegedly misbehaving with the deputy commissioner at the Batala civil hospital after a fire tragedy.

The video of the incident had gone viral on social media.

In the order, the copy of which was available on Wednesday, the judge noted, “Being a representative of public and elected member of the state legislative assembly does not give any licence to the applicant to misbehave with a government servant.”

The court said the MLA should be sensitive to his own powers and limitations.

“He (Bains) is expected to be the voice of unheard and at the same time sensitive and considerate towards a public servant who discharges his functions and responsibilities in a surcharged atmosphere, especially at a time and place when the area under his administration suffered a fire tragedy,” the judge wrote in the order.

The court further noted that if a senior most bureaucrat was treated badly by a representative of people, the bureaucrat as the head of administration “will not be in a position to function independently, fearlessly and smoothly”.

The court said it was not the use of word “tu” but the “tone and tenor” of words that was important.

“As a representative of people, the applicant (Bains) is also a man of position and power. He should have met the deputy commissioner in a cordial and peaceful manner, and not with a mob,” the court noted, adding that “more the power and position a person holds, more responsibility and restraint is expected from him/her”.

Observing that a total of 13 such cases had been registered against the applicant, the court said, “The applicant/accused may have been falsely implicated in one case but his false implication in 12 cases, excluding the present one, cannot be believed.”

The court said this meant that the applicant was in the “habit of intimidating, threatening, obstructing the government officials/officers”.

In a 45-second clip, Bains could be seen shouting at Ujwal even as the officer tried to clear some confusion over the identity of a blast victim.

With the furious MLA refusing to calm down, a humiliated deputy commissioner was heard merely quipping “I’m not going to talk to you” before leaving the place.

The incident had taken place following the blast in a firecracker unit in Batala that left 24 dead.

Police had booked the MLA and his unidentified 20 associates for voluntarily obstructing and assaulting or using criminal force against a public servant from discharging his duty, trespassing, criminal intimidation and other relevant sections of the Indian Penal Code.

The FIR was registered on the complaint of Batala SDM Balraj Singh, who was also present at the time of the incident. — PTI