CHANDIGARH: Rapping the Punjab police for lapses during the course of probe in a murder case, the Punjab and Haryana High Court has made clear its intent to examine whether further investigation and inquiry into conduct of the police was required to be handed over to an independent agency. 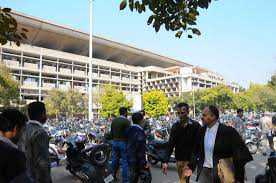 Rapping the Punjab police for lapses during the course of probe in a murder case, the Punjab and Haryana High Court has made clear its intent to examine whether further investigation and inquiry into conduct of the police was required to be handed over to an independent agency.

“It is inexplicable why the head of the district police did not properly supervise the investigation in the sensitive murder case,” Justice Rajan Gupta asserted while taking up a plea filed by Kapil Chhabra against the state.

An accused in the case registered at Kapurthala Sadar police station for murder and common intention under Sections 302 and 34 of the IPC on March 10, 2017, he was seeking the concession of anticipatory bail.

Referring to an affidavit/status report filed by Kapurthala SSP Satinder Singh, Justice Gupta added plausible explanation was not forthcoming for the lapses, which the state admitted took place during the course of investigation.

Justice Gupta added the state counsel was repeatedly asked whether conscious decision was taken by the police not to arrest the petitioner after the rejection of his first bail application filed earlier. The only response was that efforts were made, but attempts remained unsuccessful. However, dates when the raids were conducted to nab him were not mentioned. It was unclear why a lookout notice was not issued.

Justice Gupta observed the trial, in the meanwhile, proceeded further against two of the accused and resulted in their acquittal. According to the state, it has found that a supplementary challan should have been filed against the petitioner. For this lapse, a departmental inquiry had been initiated against certain police officials.

Expressing dissatisfaction with the response, Justice Gupta allowed the state counsel’s plea for additional time to address the Bench on the issue of probe and inquiry by an independent agency.