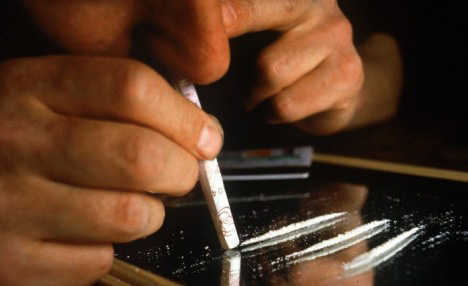 "The law should encourage diverting addicts through the non-punitive sections of the Narcotic Drugs and Psychotropic Substances (NDPS) Act, regardless of whether they have been found with a small or intermediate quantity of drugs. It is inevitable for the police and the judiciary should be trained to better implement these non-punitive provisions," the study by Vidhi Centre for Legal Policy suggested.

"An effective treatment strategy should be developed by consulting experts, partner agencies and service users; conducting sound assessment and planning; and allocating adequate resources according to the needs of addicts," the study recommended.

To effectively tackle drug de-addiction, demand reduction, treatment and rehabilitation should all be allocated to one single ministry i.e. Ministry of Social Justice and Empowerment or Ministry of Health and Family Welfare as it would help to avoid confusion about the responsibility of the ministry and ensure greater accountability, it suggested.

Releasing the report 'From Addict to Convict: The Working of the NDPS Act in Punjab', former Punjab and Haryana High Court Chief Justice Mukul Mudgal termed the disparity highlighted in the report as "distressing".

"What is more distressing is the ignorance the judges show by sending the addicts to prisons instead of de-addiction centres. Long spells in prisons lead to interaction with hardened criminals and make addicts criminals as well. Commercial drug dealers are hardly convicted and this is something that needs to be reversed. Deterrence as a theory does not work," Justice Mudgal said.

Many of the experts who spoke during a panel discussion on the report frowned upon the recommendation to decriminalise drug consumption. However, they agreed that addicts needed to be treated with care and sympathy, rather than sending them to jails.

A representative of the pharmaceutical industry lamented the fact that despite having all relevant licences, they were being victimised under the NDPS Act and treated like criminals. He highlighted the fact that some doctors had been arrested for possessing some drugs used for de-addiction.

The study is primarily based on a quantitative analysis of 13,350 cases pending in Special Courts in Punjab under the NDPS Act between 2013 and 2015 and it combines analysis with information gathered from the ground and uses resources such as parliamentary debates and questions, besides various committee reports and the Act itself.

Only 6% of all narcotics cases were of commercial quantity and the rest were either small or intermediary quantity. During 2013-2015 the total conviction rate under the NDPS Act in Punjab was 82.30%.