Do away with arhtiya system, Punjab told

CHANDIGARH:The Union Minister for Consumer Affairs, Food and Public Distribution has asked Punjab to do away with the arhtiya system and ensure direct payment to farmers for crops procured under the minimum support price (MSP). 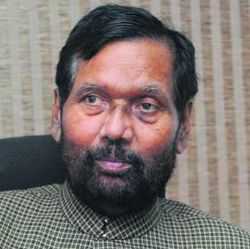 The Union Minister for Consumer Affairs, Food and Public Distribution has asked Punjab to do away with the arhtiya system and ensure direct payment to farmers for crops procured under the minimum support price (MSP).

Every year, arhtiyas make Rs 1,500 crore as they are paid 2.5 per cent of the value of the total procurement by agencies for crops such as wheat, paddy, cotton and sunflower.

In a strongly-worded letter to Chief Minister Capt Amarinder Singh, Minister Ram Vilas Paswan pointed out that Punjab continues to make payment to the farmers through arhtiyas despite assurances given by the CM.

“I discussed this issue with you on October 4, 2018, and you agreed to the need to put in place a system for transferring the MSP amount directly into the bank accounts of farmers,” the letter reads.

It also says most states have shifted to online procurement to plug deficiencies and to ensure online payment to farmers, but farmers in Punjab seem to have been left at the mercy of the arhtiyas, who make payment via cheque and in cash, maintaining no record or receipt.

Dr Sukhpal Singh of PAU, Ludhiana, who has carried out a study on arhtiyas, observes: “Under the system, a farmer is not free to take loan from an institution of his choice. Even for inputs, he is dependent on the arhtiya — his payment mode for the yield.”

Punjab has 47,000 registered arhtiyas. Well-organised and wielding political clout, many raise funds for politicians. The government has not waived the Rs 17,000 crore debt farmers owe to arhtiyas.