FEROZEPUR: Tourism and Cultural Affairs Minister Navjot Singh Sidhu, during his September 12 visit to the Martyrs’ Memorial in Hussainiwala, had promised to make efforts for according the national heritage status to the place. 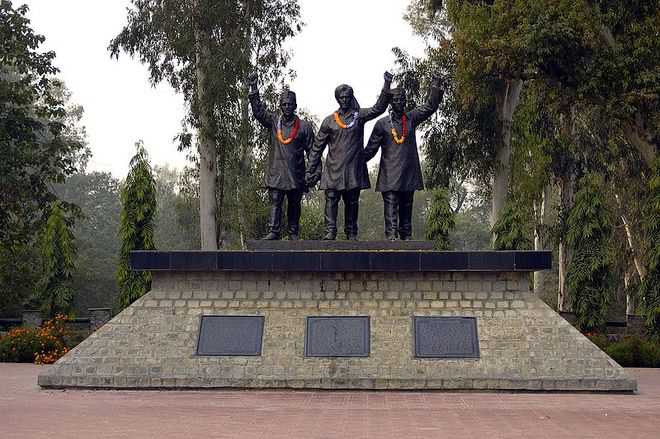 Tourism and Cultural Affairs Minister Navjot Singh Sidhu, during his September 12 visit to the Martyrs’ Memorial in Hussainiwala, had promised to make efforts for according the national heritage status to the place.

For city residents, the assurance was not new as Central and state governments — over the years — have been making “hollow” promises to accord importance to the memorial.

“It took almost 37 years for the nation to construct the memorial, where Shaheed Bhagat Singh and his comrades were unceremoniously cremated by the British in 1931. When constructed, the memorial is struggling to get the attention it deserves,” said former IAS officer Kulbir Singh Sidhu, who was posted here as Commissioner.

It rankles him that the authorities had been unable to grant national heritage status to the memorial. “I had taken up the matter with the Archaeological Survey of India (ASI) to notify the memorial and other Anglo-Sikh War sites as monuments of national importance. But after my transfer from Ferozepur, no one evinced interest,” Sidhu said.

Shaheed Bhagat Singh Society president Jaswinder Singh said, “All these years, pronouncements made by visiting dignitaries to develop the memorial have remained hollow.”

During the previous SAD-BJP government, then Chief Minister Parkash Singh Badal had announced Rs 13.5 crore for the development of the memorial. The announcement, however, never materialised.

“Last year, Capt Amarinder Singh had written to Badal not to create new war memorials if the existing ones cannot be taken care of,” historian Rakesh Kumar said, adding it remained to be seen how much his government would make effort for it.