CHANDIGARH:Fresh evidence of the presence of alarming levels of chemicals in the ground water in the Malwa region of Punjab has emerged in two separate reports on fluoride and nitrogen toxicity, with certain districts registering more than four times the acceptable limits. 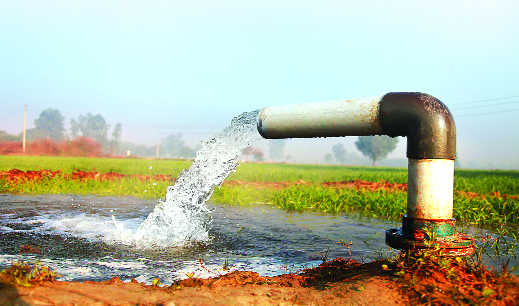 Fresh evidence of the presence of alarming levels of chemicals in the ground water in the Malwa region of Punjab has emerged in two separate reports on fluoride and nitrogen toxicity, with certain districts registering more than four times the acceptable limits.

The studies, based on chemical analysis of water samples taken from 16 districts of Malwa, have found the presence of fluoride and nitrogen in excess of limits prescribed by the World Health Organisation (WHO) and the Bureau of Indian Standards (BIS), qualifying them to be labelled “higher-risk zone”.

The studies were conducted in Malwa in view of the high exploitation of the region for agriculture, and also it being a geological continuation of the Thar desert that has high fluoride presence.

A study published in the international journal “Exposure and Health” has found that fluoride concentration ranges from 0.60 to 5.07 mg per litre in the tested samples. As per WHO standards, it should not be more than 1 mg for human consumption.

Overall, about 50 per cent of the samples from Malwa were found to have 2.5-4.0 mg of fluoride per litre.

Drinking water is considered the main route of fluoride exposure in humans. According to health experts, excessive intake of fluoride leads to numerous skeletal and physiological disorders, with infants and children being the most vulnerable groups.

“There is an instant need to start a mass campaign to make the local population aware of the ill-effects of fluoride-contaminated water. The water should be treated before consumption, especially for kids,” say Dr Surindra Suthar and Chetan PS Ahada of the School of Environment and Natural Resources, Doon University, Dehradun. The two have authored the study.

Another study conducted by the same authors — published in the international journal “Environmental Science and Pollution Research” — has found that 93.42 per cent of the adult and 100 per cent of the young population in Malwa is at “higher risk” of chronic toxicity from excessive nitrogen intake in water. According to health experts, excess of nitrogen may pose serious health hazards, especially in children below five years.

The concentration of nitrogen ranges between 38.45–198.05 mg per litre. As many as 92 per cent sites registered nitrogen presence above the levels declared safe by the BIS (45 mg per litre) and the WHO (50 mg per litre).

Fazilka, Mansa, Barnala, Muktsar and Sangrur are the worst-affected districts, where the presence of nitrogen was found to be between 125 mg and 147 mg per litre.

The study warns of high vulnerability to nitrogen toxicity, and has advised urgent preventive measures to safeguard the health of residents of the area.

“Ground is the only source of potable water for the majority of rural population in this area, thus posing a serious health hazard for residents. Nitrogen is listed as a non-carcinogenic chronic toxicant for humans,” Dr Suthar says.