NEW DELHI: KPS Gill, the supercop credited with rooting out terrorism in Punjab with an iron hand, passed away today, succumbing to a kidney ailment at the age of 82. 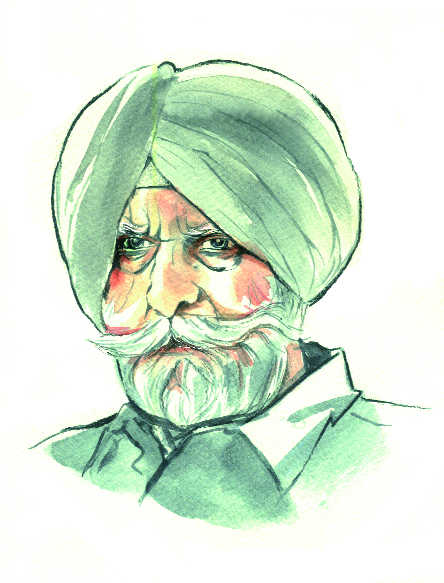 KPS Gill, the supercop credited with rooting out terrorism in Punjab with an iron hand, passed away today, succumbing to a kidney ailment at the age of 82.

The IPS officer, who served as the Director General of Punjab Police twice during the peak of militancy, was considered an authority on dealing with security issues and even after his retirement, his services were utilised by the governments of Chhattisgarh and Gujarat.

He had also served as the DGP in Assam and after his retirement, the benefit of his expertise was availed of even by Sri Lanka in 2000 during its fight against LTTE.

The towering personality breathed his last at 2.55 pm at Sir Ganga Ram Hospital, where he was admitted on May 18. The cremation will take place at 4 pm here on Sunday.

An outspoken and daring officer who led from the front, Gill headed Punjab Police from 1988 to 1990 and then again from 1991 until his retirement in 1995.

A major feather in his crown was commanding Operation Black Thunder in 1988 to flush out militants from Golden Temple. The operation was a huge success as little damage was caused to the holiest shrine of the Sikhs, compared to Operation Bluestar in 1984 carried out by the Army.

During the fight against terrorism under Gill, the Punjab Police faced a number of allegations of human rights violations.

After the 2002 Gujarat riots, he was appointed security adviser to the then CM Narendra Modi. Gill requested deployment of 1,000 riot police from Punjab.

Gill also headed the Indian Hockey Federation for several years, which too was surrounded often by controversies. His career was tainted by charges of sexual harassment at a party in 1988 for which he was convicted in 1996. — PTI

On eve of release of his book: Gill rules out terror revival in Punjab

Indira was wrongly advised on Bluestar: KPS Gill in his biography

KPS Gill will be remembered for his service to our nation in the fields of policing & security. Pained by his demise. My condolences.

He was called the super cop for his work in Punjab, where he was the Director General of Police from 1988 to 1990 and then again from 1991 until his retirement from the Indian Police Service in 1995. With agencies

When they fail to deliver they divide & distract. But anger and hatred will not convert into jobs or solutions

I offer my heartfelt condolences to the bereaved family of Shri KPS Gill. May God give them strength to bear this loss. 2/2

My deepest condolences on the passing away of Shri KPS Gill ji. He was an iconic IPS officer who served the nation with honor and pride.