Ghadar movement to be part of Oregon school curriculum

ASTORIA (US): Students in the US state of Oregon will soon be studying about the Ghadar Party, top state officials announced, as hundreds of people gathered here to mark the 105th anniversary of the founding conference of the revolutionary group that contributed to India’s freedom movement. 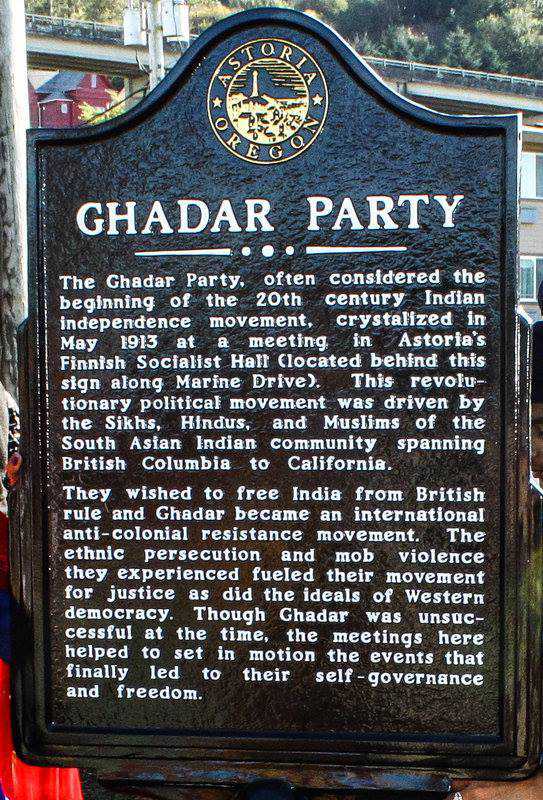 Students in the US state of Oregon will soon be studying about the Ghadar Party, top state officials announced, as hundreds of people gathered here to mark the 105th anniversary of the founding conference of the revolutionary group that contributed to India’s freedom movement.

The city of Astoria on the western coast of the US was a thriving city, as per official records, and home to 74 men, mostly Sikhs from Punjab, in 1910.

These Indians, who worked as labourers in a local lumber company, on Sunday came together to mark the first founding conference of the Ghadar Party.

“Over a century ago, the Ghadar Party made strides in India and the West, paving the way for Indian Independence from colonial Britain,” Oregon Governor Kate Brown said during the event organised by the Ghadar Memorial Foundation.

Oregon Attorney General Ellen F Rosenblum said this historic event would become part of the school curriculum in the state.

“The Ghadar Party found Astoria and Oregon more welcoming than other parts of the West coast,” she said.

“Your history here is complex and subject to much of the same racism and classism that we face today as America has been willing to let outsiders in to do an essential work here, but has too often been unwilling to recognise these outsiders’ rights to the full benefits and privileges of being an American citizen,” Rosenblum said.

“We are committed to doing everything we can to oppose this basic injustice. I want you to know that I’m thrilled that you have found a home here in this state,” she said. The day-long event on the banks of the Columbia River was addressed by several community leaders, with Sikhs performing martial arts and bhangra. The celebrations were attended by several hundred Indian-Americans from in and around Oregon, including from neighbouring Washington, California and as far as British Columbia in Canada. These were held in a park adjoining the building that hosted the first meeting of Indians in May-June 1913. — PTI