No reversal of decision on shutting down Bathinda power plant: Amarinder : The Tribune India

No reversal of decision on shutting down Bathinda power plant: Amarinder

CHANDIGARH: Punjab Chief Minister Amarinder Singh on Sunday ruled out reversal of the government''s decision to close down the Guru Nanak Dev Thermal Plant (GNDTP), Bathinda, pointing to the non-feasibility of continuing operations. 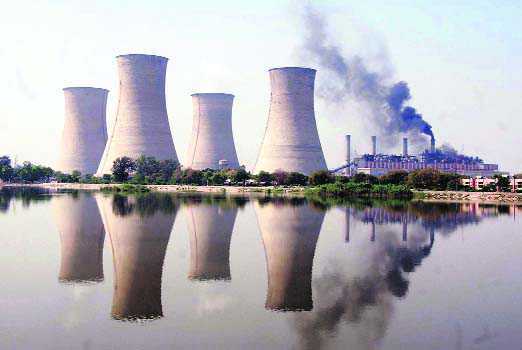 All workers affected by closure of thermal plant will be accommodated, reiterates CM.

Punjab Chief Minister Amarinder Singh on Sunday ruled out reversal of the government's decision to close down the Guru Nanak Dev Thermal Plant (GNDTP), Bathinda, pointing to the non-feasibility of continuing operations.

In a statement issued here, the chief minister explained the circumstances that led to the closure of the Bathinda thermal plant and two units of Ropar thermal plant, saying the decision had to be taken mainly due to lack of power demand in the state and availability of cheaper power from other alternate sources.

Reiterating that no employee would lose his job because of the closure and all workers would be accommodated within the region, the CM said after closing down plant operations completely, the surplus manpower of the Bathinda plant shall be utilised on other works where there is shortage of staff.

This will increase productivity as it will stop increase of power generation cost over the year, besides resulting in savings to PSPCL, since power from GNDTP Bathinda was being generated at a very high cost as compared, with overall cost of electricity in PSPCL making generation from GNDTP units unviable.

Amarinder once again made it clear that no retrenchment of the staff (regular/contract basis) shall be done and all of them shall be adjusted suitably in the nearby locations, with full pay protection.

Notably, employees of Bathinda thermal plant have been protesting against the government's decision of shutting down Bathinda and Ropar power plants.

Giving details of the power situation in the state, the chief minister pointed out that power demand in Punjab varies very widely during paddy and non-paddy season.

This year, the maximum demand had been recorded at 11,600 MW in summer months and 5,600 MW in winter months.

Further, in winters, there is a lot of variation in the day and night time demand, with the latter coming down to around 3,000 MW.

Though the state has become power surplus, generation capacity is utilised fully only in paddy periods of four months and, for the remaining eight months, the same remains underutilised, he said.

During the same period, domestic and commercial sale increased by 86 per cent, industry just by 27 per cent and AP supply by 16 per cent.

In fact, said the CM, the plant is of old design and requires more manpower for operation as compared to new power plants, which are fully computerised.

At present, new plants are being installed with higher capacity units like 660 MW and 800 MW.

The old plants also require more maintenance and the performance of equipment comes down with the passage of time, he pointed out.

According to CM, work order had already been placed on consultant Steag Energy India Pvt Ltd, Noida, for conducting detailed feasibility report for three units of 800 MW at GGSSTP Ropar.

With change in technology, lot of developments are taking place in the area of wind and solar energy, the chief minister pointed out, underlining the importance of shifting to alternative sources of energy in the interest of the state.

The cost of solar energy, which used to be as high as Rs 18 per unit, has recently come down to around Rs 3 per unit.

Similarly, the cost of wind energy has also come down to around Rs 3 per unit to provide energy at affordable prices, which made it imperative for Punjab also to go for cheaper sources of energy and close down old technology thermal stations. — PTI