CHANDIGARH:At 19, when Pash questioned the aesthetics of Punjabi poetry, an established writer dismissed his poetry as “red rag”. 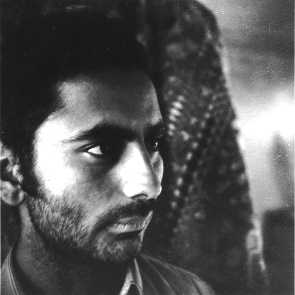 At 19, when Pash questioned the aesthetics of Punjabi poetry, an established writer dismissed his poetry as “red rag”. Undaunted, the young poet retorted: “Don’t expect  me to talk about your rotten taste.” One wonders, if alive, what would have been his reaction to RSS ideologue Dinanath Batra’s suggestion that his poem be removed from an NCERT textbook.

“Logically, Pash would have welcomed it,” says London-based writer Amarjit Chandan, Pash’s contemporary and friend, who also edited his works. “Ironically, the forces against whom Pash wrote introduced his work in the education syllabi. And now the much more sinister and philistine establishment wants it withdrawn,” he remarked. More than a decade ago (in 2006), the Hindi translation of Pash’s famous poem ‘Sabh Ton Khatarnak’ (The Most Dangerous) was introduced in the Class XI Hindi textbook — the only Punjabi poet to have earned that privilege. Besides Pash’s poem, Batra now wants the NCERT to remove Rabindranath Tagore’s thoughts, Mirza Ghalib’s poem and extracts from MF Husain’s autobiography.

However, academicians associated with research and publication of NCERT books call Batra’s move as “non-academic.” Prof Purshotam Aggarwal at Jawaharlal Nehru University was convener of NCERT’s Hindi Text Book Committee. He is of the opinion that Batra’s suggestion has nothing to do with academics. “The idea behind preparing these textbooks was that students be exposed to literary trends in other Indian languages. We wanted to arouse the students’ interest in various schools of thought to help them arrive at their own ideas. That is why Pash, Gandhi, Tagore, Nehru were made part of the textbook. Our aim was to introduce students to a democratic and inclusive India.

Perhaps, that is the purpose of liberal education,” he says.

Prof Chaman Lal, Centre of Indian Languages, JNU, who has translated Pash's entire poetry, says it is not the first time that right-wingers have targeted Pash. “They don’t know his works are part of the syllabi of several universities and the UPSC as well. Pash’s works have been translated into Bengali, Gujarati, Marathi, Telugu, Malayalam etc. The UGC, in its model course designed during the previous NDA rule, recommended Pash as one of the most important Indian poets,” he says.