CHANDIGARH:The Punjab and Haryana High Court on Monday made it clear that police personnel were required to work in shifts and had to be provided a month’s additional salary for working overtime—on holidays and weekly off days. 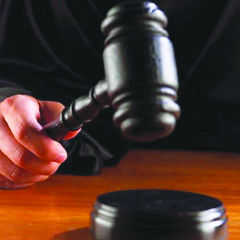 The assertions came in a 250-page judgment on police reforms after the Bench observed that constables had become machines carrying out directions of their superiors with little application of mind or initiative.

The Punjab and Haryana High Court on Monday made it clear that police personnel were required to work in shifts and had to be provided a month’s additional salary for working overtime—on holidays and weekly off days.

The assertions came in a 250-page judgment on police reforms after the Bench observed that constables had become machines carrying out directions of their superiors with little application of mind or initiative.

The Bench of Justice Rajiv Sharma and Justice Harinder Singh Sidhu also ruled that radical improvements in recruitment, training, emoluments, working and living conditions were essential to perk up their morale, reduce frustration and augment professionalism.

For reducing stress in the force, the Bench ordered constitution of a high-powered committee to come out with recommendations on improving the service conditions. Among other things, the committee would look into duty hours, removal of stagnation, housing issues and liberal leave procedures.

The committee would comprise Punjab Principal Secretary (Home) and the state Director General of Police. The Bench set a three-month deadline for it to make recommendations to the state government, which, in turn, would have another three months to consider the suggestions. “We permit the state government to implement the recommendations or suggestions made by the high-powered committee in a phased manner to improve the service conditions of the police force,” it said.

Referring to observations of the second Administrative Reforms Commission, it said there was constant political interference in transfers, placements and crime investigation. The working hours were long and difficult and they were often forced to perform menial duties as orderlies to senior officers, it said, adding emphasis was on brawn, rather than brain, in most situations.

“A constable, devoid of dignity, lacking opportunities for vertical mobility, constantly pressurised by superiors and politicians, often not liked by the public and habituated to easy recourse to violence and force, cannot generally be expected to sustain his or her self-esteem or acquire the professional skills to serve the citizens,” the Bench said.

Observing that the constabulary was usually the first interface of the police with the public, the Bench said any reform to be meaningful was required to begin at this level. It added the state government was required to develop psychological tests for the police force and there should be constant evaluation of the performance, attitudes and behavior of the recruits during training.

It observed that most health problems occurred due to occupational hazards attributed to long job hours. It took a toll on the morale, motivation and self-esteem of the staff; and the overall frustration manifested itself in offensive conduct and behavior with the public at times.

The Bench referred to study undertaken at the behest of Police Research and Development, which indicated that the normal working hours of a subordinate police officer on public-order and crime investigation duty ranged between 10 and 16 hours per day, seven days a week. There was pressure of VIP duty and security. 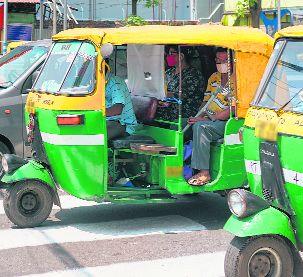