PATIALA: Stuggling to contain stubble-burning, Punjab features among the top four states with maximum cities that have failed to meet the national air quality standards in India. 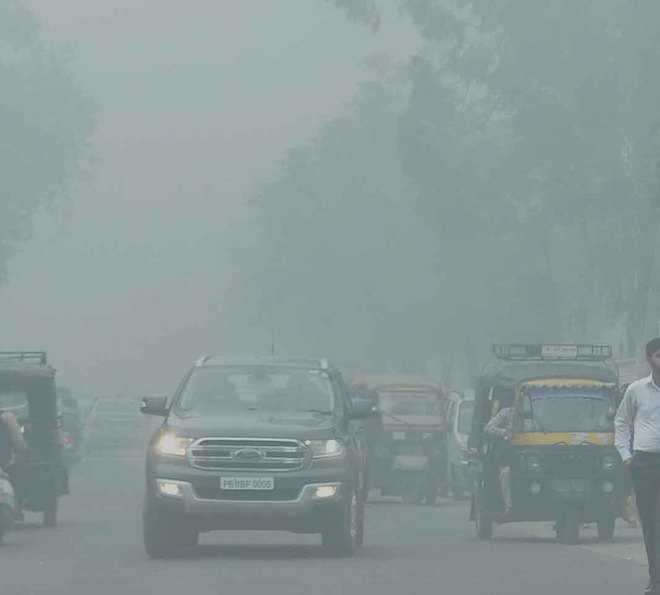 Stuggling to contain stubble-burning, Punjab features among the top four states with maximum cities that have failed to meet the national air quality standards in India.

The recent report in this regard submitted by Mahesh Sharma, Minister of State for Environment, on April 6 in Lok Sabha states that Punjab features third on the list after Maharashtra with 17 cities topping the chart and Uttar Pradesh being a close second with 15 cities on that list.

In Punjab, eight cities — Khanna, Ludhiana, Dera Bassi, Gobindgarh, Jalandhar, Naya Nangal, Pathankot and Patiala – have been labelled the worst when it comes to air quality. In Himachal Pradesh, the industrial town of Baddi, Damtal, Kala Amb and cities of Nalagarh, Sunder Nagar, Paonta Sahib and Parwanoo feature on this list.

Experts say the spurt in respiratory complications is a direct outcome of the falling air quality. Even in such a backdrop, pollution board teams are threatened by farmer unions whenever they go out to check stubble-burning.

The Punjab Remote Sensing Centre recorded almost 43,800 stubble-burning incidents after the paddy harvesting season in the state last year, the highest to date. While the authorities had imposed a fine of Rs 75 lakh on offenders, a majority of them have not bothered to pay. With the political will missing, the deputy commissioners concerned, too, are yet to expedite steps to recover the penalty.

“With politicians in Punjab opposing the drive to challan farmers who burn stubble in their fields, the situation is sure to turn from bad to worse,” said a senior Punjab Pollution Control Board (PPCB) official.

Kahan Singh Pannu, Chairman, PPCB, “The real problem is the dust particles and the stubble burning which happens at the onset of winters when the air speed is low and the moisture content makes it worse as the smog engulfs the region. We are trying our best but serious steps are the need of hour at every level.”

Chandigarh also features among cities identified by the Central Pollution Control Board that failed to meet the national air-quality standards from 2011 to 2015, along with other states.

Experts say the spurt in respiratory complications is a direct outcome of the falling air quality.