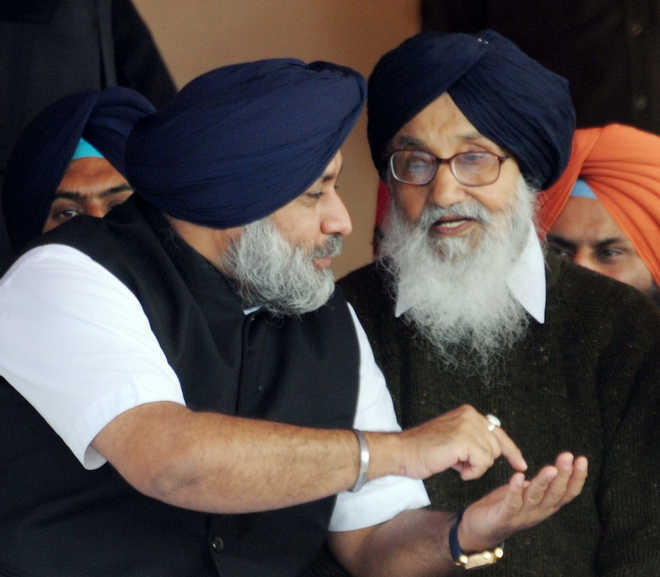 IG Kunwar Vijay Pratap, member of the five-member SIT, issued the summons today. He has called actor Akshay Kumar to be present before the SIT in Amritsar on November 16. The Badal duo has been summoned on November 19 and 21, respectively, in Amritsar only.

The development comes within two days of questioning of former Kotkapura Akali MLA Mantar Singh Brar. He had reportedly told the SIT that he spoke to senior Badal on deteriorating situation at Kotkapura. He insisted in his statement that he the CM did not allow use of force.

The SIT is investigating who was responsible for opening firing on a mob protesting against series of sacrilege incidents in Punjab on October 14. Two persons were killed in the firing and several injured.

The Justice Ranjit Singh Commission into the sacrilege incidents had said Akshay Kumar was involved in mediation between the government and the Sirsa-based Dera Sacha Sauda over getting a pardon from the Akal Takht, supreme temporal seat of the Sikhs, for dera head Ram Rahim for allegedly dressing like the 1oth Sikh Guru, Guru Gobind Singh.

The Commission said the then Chief Minister Badal seemed to have granted permission to use force on the protesters.

IG Singh said the summons relate to investigation of cases originating from the various incidents of sacrilege in the year 2015 {FIR No. 129, dated 07.08.2018 under Sections 307, 323, 341, 148, 149 IPC and 27 Arms Act PS City Kotkapura (District Faridkot)}. The summons has been issued under the Section 160 of CrPC, requiring attendance at investigation, relating to the Bargari sacrilege case and the Behbal Kalan & Kotkapura police firing incidents.

The summon notice says the presence of the aforesaid person is necessary for the purpose of inquiry into the above-mentioned offence and the person summoned needed to give such information relating to the said alleged offence as he may possess.

In addition, 50 private persons and more than 30 police officials of junior rank have also been examined.

The five-member SIT was set up by the Captain Amarinder Singh government in September this year, soon after issuance of the notification to withdraw investigation of sacrilege incidents of Sri Guru Granth Sahib from CBI.