CHANDIGARH: The statement by SFJ seeking Pakistan’s help to “liberate” Punjab from India had exposed the nefarious designs of the organisation, Amarinder Singh said. 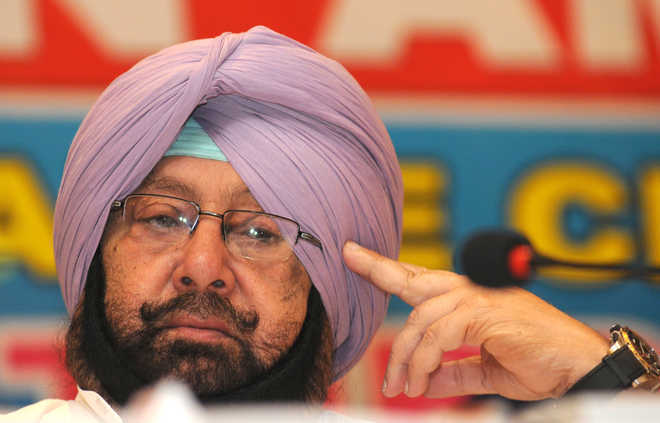 The statement by Sikhs For Justice (SFJ) seeking Pakistan’s help to “liberate” Punjab from India had exposed the nefarious designs of the organisation and its nexus with the Pakistani Army and ISI, Chief Minister Capt Amarinder Singh said on Tuesday.

In a hard-hitting reaction to the statement of SFJ’s Legal Advisor Gurpatwant Singh Pannu, Amarinder said the cat is now well and truly out of the bag, and the truth of the deep-rooted connection between SFJ and Pakistani Army is out in the open.

The statement had nailed SFJ’s lies that it is a peaceful movement to build momentum for a referendum on a separate state of Khalistan, said the CM, adding that it is more than evident now that the organisation, with the full support and backing of Pakistani Army and ISI, is striving to foment trouble in Indian Punjab.

Through his statement, Pannu had made clear his intentions of going all out to force the secession of Punjab from India, with the backing of the Pakistani Army and ISI, said the Chief Minister, rubbishing SFJ’s claims to the contrary.

The Chief Minister has also taken a strong exception to SFJ’s plans to hold the ‘Kartarpur Sahib Convention–2019’, coinciding with the auspicious occasion of the 550th birth anniversary celebrations of Guru Nanak. This, he said, had lent credence to his fears that Pakistan’s decision to open the Kartarpur corridor was an ISI game-plan to help forces inimical to India, including SFJ.

It had also once again proved that the Pakistan government had always been, and continued to remain, a puppet regime, working at the behest of the Army, he added.

The whole affair is a bigger conspiracy by the Pakistani Army, which is persistently trying to revive militancy in Punjab, said the Chief Minister, reiterating his stand on the issue.

Amarinder reiterated that Punjab, and the Indian Army, are well prepared to counter any such plans of the neighbouring country.

Punjab is today much better equipped than it was in the ’80s and ’90s when Pakistan-backed terrorism had swept the state, he said, warning Islamabad against extending any further support to SFJ or other such outfits that are bent on disturbing the state’s hard-earned peace.

The Pakistani Army would do well to remember the ignominious defeats it had suffered at the hands of the Indian Army on every occasion it had tried to take on the might of the latter, right from the 1965 and 1971 wars to the more recent Kargil battle, warned Amarinder.

Asserting that he was all in favour of the Kartarpur corridor to fulfil the long-pending aspirations of the Sikh community in India, the Chief Minister said it was the misuse of the initiative that he was opposed to. If Pakistan Prime Minister Imran Khan was truly in favour of opening the doors for long-lasting peace with India through this corridor he should not only unequivocally condemn the SFJ statement but also ensure that Pakistani soil is not used by the anti-India outfit to further its campaign, said Amarinder, urging the Pakistani leader to put a stop to the Kartarpur Sahib Convention–2019 plans.