LUDHIANA:It may sound bizarre, but a government-funded project is all set to be launched in Punjab to treat thalassaemia with goat blood, injected in the rectum. 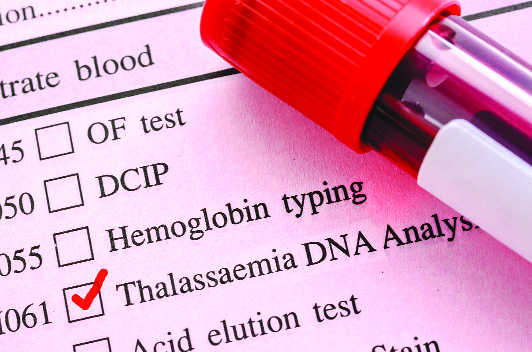 It may sound bizarre, but a government-funded project is all set to be launched in Punjab to treat thalassaemia with goat blood, injected in the rectum.

The treatment — described in Ayurveda as ‘raktabasti’ — is expected to be started at Government Ayurvedic Hospital in Model Gram, Ludhiana, by September. The Central government has already released Rs 35 lakh and the state Rs 13 lakh for the project, according to Dr Hemant Kumar, Medical Officer at the hospital. According to him, the only other such programme is being run successfully at Akhandanand Ayurvedic Hospital in Ahmedabad, Gujarat, since 1984.

According to Dr Hemant, Dr Atul Barkar first started the treatment in Ahmedabad, where the “project is being run successfully”. A few doctors from Punjab, including Dr Hemant and another Medical Officer at the Ludhiana hospital, Dr Shevali Arora, went to Ahmedabad for training.

The goat blood will be procured from the municipal slaughter house and tested for infection before use.

Dr Rakesh Sharma, Director, Ayurveda, Punjab, says at present many children are being taken to Ahmedabad for the treatment by parents; now the treatment will be available in Punjab. “Funds from both Central and state governments have arrived, now the only issue left is procurement of machines.

Ayurveda books don’t mention the term ‘thalassaemia’, but the condition for which goat blood is recommended in Ayurveda is very similar to thalassaemia,” Dr Sharma says.

Dr Gauhar Vatsayayan, an Ayurveda expert not connected with the hospital, says this is a 5,000-year old method, but nobody was practising it in modern times till Dr Atul Barkar tried it successfully.

However, Dr Aikaj Jindal, Assistant Professor in Transfusion Medicine at Christian Medical College and Hospital, Ludhiana, says there is no substantial proof in the form of a “randomised control trial (RCT)”. Whenever there is any new treatment, an RCT is conducted.

“If those who are practising it are so sure, then they should publish the same in international journals. Without scientific proof, it is not possible to comment on the treatment,” Dr Jindal says.