Soondh too in race for Cong ticket

PHAGWARA: With the announcement of byelections to four seats in Punjab, the political scene in the Phagwara Assembly constituency is changing rapidly. 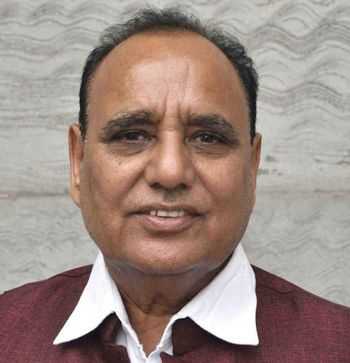 With the announcement of byelections to four seats in Punjab, the political scene in the Phagwara Assembly constituency is changing rapidly. In recent developments, Tarlochan Soondh (Congress) and Rajesh Bagha (BJP), former chairman of the SC Commission, have also emerged as contenders for the rival parties.

Hailing from Phagwara, Soondh is the son of Jagat Ram who was assassinated during terrorism days. Soondh, who has remained party MLA from Banga, was Congress’ Doaba in-charge when Rahul Gandhi visited the area a few years ago.

However, senior IAS officer Balwinder Singh Dhaliwal and former minister Joginder Singh Maan are also in the running for the Congress ticket. Sources said Dhaliwal seemed to be leading the race with Chief Minister Captain Amarinder Singh learnt to have given a green signal to his name.

Similarly, in the BJP too there are many aspirants for the ticket. After reports emerged of there being a tug of war between Union minister Som Parkash and former Union MoS Vijay Sampla, who both are seeking the ticket for their relatives, it has come to light that the saffron party might consider Rajesh Bagha as its candidate.