FARIDKOT: The Court of Judicial Magistrate on Saturday issued summons to former Akali MLA Mantar Singh Brar and three other accused — an ADCP, DSP and SHO — in the Kotkapura police firing case of October 2015. 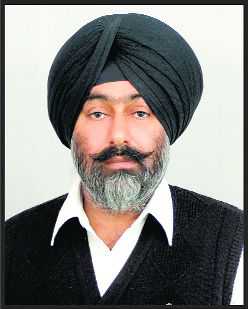 The Court of Judicial Magistrate on Saturday issued summons to former Akali MLA Mantar Singh Brar and three other accused — an ADCP, DSP and SHO — in the Kotkapura police firing case of October 2015.

The Special Investigation Team (SIT) of the police, which is probing the police firing case, has been asked to serve the summons to the former Akali Dal legislator and three police officers for July 12.

After the filing of the chargesheet in the firing case against five police officers and Mantar Singh Brar last month, IGP Paramraj Singh Umranangal, one of the prime accused, on Saturday appeared before the court of Ekta Uppal, Judicial Magistrate First Class, here.

In an attempt-to-murder case registered against all these six accused, the court today handed over the copy of 305 pages of chargesheet to Umranangal.

The counsel for former SSP Charanjit Sharma, another accused in the case, submitted a medical certificate, seeking exemption from personal appearance for Sharma in the court. The court allowed the exemption.

As the four other accused — former legislator Mantar Singh Brar, ADCP Paramjit Singh Pannu, then DSP and Station House Officer, Kotkapura, Baljit Singh and Gurdeep Singh — did not appear before the court today, so the court summoned all of them for July 12.