Tension in Phagwara after Sena leader ‘beaten up’, mobile Net suspended in Doaba

PHAGWARA: Situation remained tense on Saturday here with shopkeepers opting to be keep their business establishments closed even as a leader of Punjab Shiv Sena, Rajesh Palta was attacked by a group of unidentified people in local Balmiki Chowk in the morning. Situation remained tense on Saturday here with shopkeepers opting to be keep their business establishments closed even as a leader of Punjab Shiv Sena, Rajesh Palta was attacked by a group of unidentified people in local Balmiki Chowk in the morning.

When the police reached the spot to rescue him, the group pelted cops with stones and also damaged a police vehicle near Valmiki Chowk in Subhash Nagar.

Meanwhile, mobile internet services in the entire Doaba region — comprising Kapurthala, Jalandhar, Hoshiarpur and SBS Nagar districts — have been suspended for next 24 hours.

Kapurthala Deputy Commissioner Mohammad Tayab said the situation is under control and being monitored.

Senior Superintendent of Police Sandeep Sharma said adequate forces have been deployed to avoid any untoward incident in the city.

Situation in Phagwara has been tense since the “Bharat bandh” in protest of “dilution of the SC/ST Act” on April 2.

Following this, people belonging to the general category protested against the closure of the national highway in Phagwara and demanded an FIR against an LIP leader for allegedly hurting the sentiments of the general community by issuing “objectionable statements” on April 2.

A night before Ambedkar Jayanti, activists of Ambedkar Sena (Mool Niwasi) on Friday night put up two hoardings to “name” a chowk on national highway as “Samvidhaan Chowk” with Dr BR Ambedkar’s picture on these.

After these hoardings were fixed at around 8 pm, leaders of some right wing groups, including factions of Shiv Sena, gathered there to oppose the move saying that the action of Dalit body was illegal. Police officials rushed to avert a clash and till before midnight activists from both the sides stayed put.

Situation took an ugly turn on Saturday when Shiv Sena leader Rajesh Palta was allegedly beaten up by Dalits at Balmiki Chowk here.

The meetings of both communities were being held at separate places. Hindu activists had assembled at Shri Hanuman Garrhi Shrine complex, while Dalits were present at Shri Ravi Dass Mandir Chack Hakim. Though after a flag march in the town, the DC and SSP had visited the places to pacify both groups who remained adamant on their respective stands.

Hindu activists alleged bias in working of the civil and police administration and demanded immediate transfer of the SDM, ADC and Phagwara SP, whereas Dalits were adamant on installing a flex board naming Goal chowk as “Samvidhaan Chowk”.

As per the DC and SSP, the Phagwara police have booked around 30 unknown persons under relevant sections of the IPC on the charges of creating ruckus and violating law by blocking highways.

Meanwhile, the visit of Punjab BJP president Shwait Malik to Phagwara to address BJP councillors on Saturday  was cancelled owing to prevaling situation.

New Delhi and Lahore-bound international buses were also diverted from Kartarpur and Phillaur. Even vehicular traffic between Ludhiana and Jalandhar was diverted via link roads.

Inspector General of Police Naunihal Singh reached Phagwara in the afternoon to assess the situation.

Meanwhile, Chief Minister Captain Amarinder Singh has appealed to people to maintain peace and harmony in the wake of a violent clash between two communities in Phagwara, while warning of stringent action against anyone found disturbing the law and order in the state.

The Chief Minister, who is personally monitoring the situation following the incident, has ordered suspension of mobile internet services in Kapurthala, Jalandhar, Hoshiarpur and SBS Nagar districts as a precautionary measure, to check rumour mongering on the social media.

Captain Amarinder has also directed the state police to maintain a tight vigil and crack down on any disruptive elements to ensure that the situation does not escalate further. He has asked the police to thoroughly investigate the incident.

The CM announced that the state government would bear the entire expenses for the medical treatment of all those injured in the clashes, whether admitted to government or private hospitals. He directed the Ludhiana district administration to ensure the best treatment for Yashwant Kumar Bobby, reported to be seriously injured in the clash and undergoing treatment at DMC, Ludhiana.

Urging the people to exercise restraint, the Chief Minister sought their cooperation to maintain peace and communal harmony, and thwart the nefarious designs of anti-national and anti-social elements. 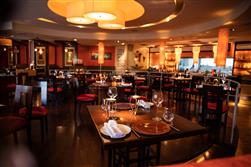