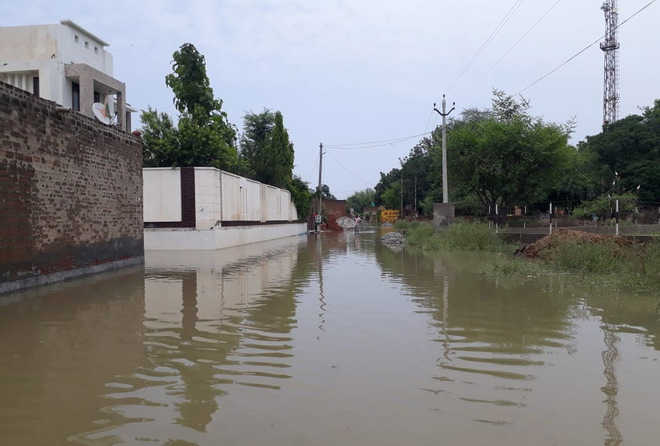 Notably, a breach in a drain near Ablu village left fields submerged in water. Farmers said excess water had damaged their paddy and cotton crops.

On Thursday, around 12 villages, including slums areas near Goniana Mandi, diverted water accumulated on their fields to low-lying areas in the block, causing a flood-like situation in other villages. Fields in Mehma Sarja, Kothe Sandhuwale, Ablu and Dansinghwala remained inundated.

With streets and houses were inundated, office-going people and students remained stranded in their houses throughout the day.

Later, Deputy Commissioner B Srinivasan visited most rain-affected villages in the district.

The DC said, “I have visited most of the affected villages to take stock of the situation. After assessing the actual loss, all requisite measures will be taken by the administration on priority.”

Meanwhile, the floor of a house caved in at Parasram Nagar, leaving the residents worried. As water started seeping below the portion that caved, residents got the floor dismantled completely so it can be constructed from scratch again.