NEW YORK:Patrick Reed secured his first victory since last year&rsquo;s Masters when he beat Mexican Abraham Ancer by one stroke at the Northern Trust in New Jersey on Sunday. 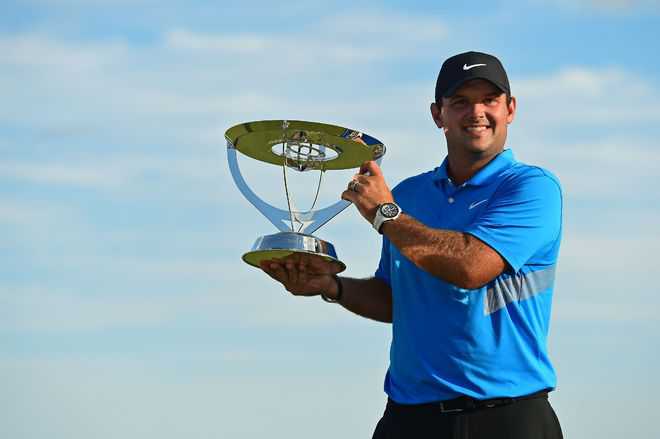 Patrick Reed shot a 2-under 69 to win the event. AFP

Patrick Reed secured his first victory since last year’s Masters when he beat Mexican Abraham Ancer by one stroke at the Northern Trust in New Jersey on Sunday.

Reed emerged on top from a packed leaderboard by carding 2-under 69 in the first of three PGA Tour FedEx Cup playoff events at Liberty National.

The American sank his winning putt from three feet to finish at 16-under 268, while Ancer remains in search of his PGA Tour breakthrough after also shooting 69 for second place.

Spaniard Jon Rahm, who had the outright lead at the turn, also carded 69 to tie for third with American Harold Varner III (68), two behind.

Reed, nicknamed ‘Captain America’ after the fictional superhero, said he could not think of a better place to win than on the doorstep of one of the country’s iconic landmarks — the Statue of Liberty.

“Just to be back, and to feel like I’ve been playing some solid golf, and finally have it pay off, and to come out as a victory, it’s been a while, a little too long honestly,” he said in a greenside interview.

“But what better place to do it than here, Statue of Liberty in the background, Presidents Cup was here in ‘17, and hearing ‘Captain America’ all week, it was definitely a good time to get a W (win).”

With his seventh PGA Tour victory, the 29-year-old jumped to second behind Brooks Koepka in the FedEx Cup standings.

Seven players were within one shot of the lead early in the final round before Rahm, winner of last month’s Irish Open, seized the initiative with three quick birdies in a four-hole stretch. But he had a poor back nine, opening the door for his rivals.

Reed did not exactly bust it down, but two birdies in a bogey-free back nine were enough, while Australian Open champion Ancer birdied the 16th and 17th for his best result on tour.

“I knew I had to make birdies coming down the stretch,” said Reed, who took a rare three-week break between the PGA Championship in May and the U.S. Open in June to recharge his batteries. — Reuters