SOLAN:In a bid to promote rural tourism, a Rs 10.46-crore project, being funded by the Asian Development Bank (ADB), has been mooted for Sirmaur district. 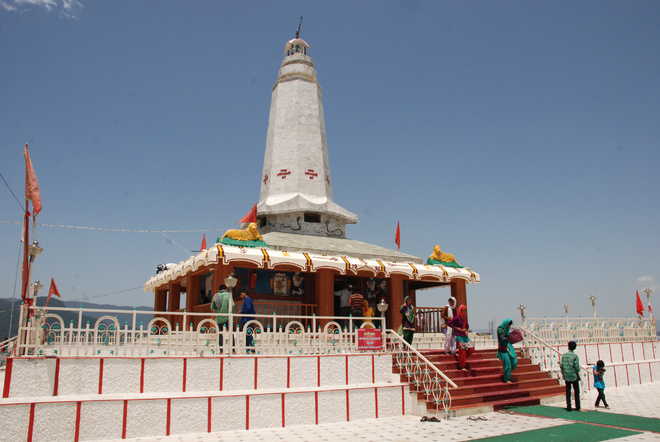 To promote religious tourism, a sum of Rs 80 lakh will be spent on creating facilities such as cultural platform, parking spaces, toilets, etc at the Bhagyani Temple complex in Haripur.

In a bid to promote rural tourism, a Rs 10.46-crore project, being funded by the Asian Development Bank (ADB), has been mooted for Sirmaur district.

Informing this, Deputy Commissioner Sirmaur, Lalit Jain, said places like Haripurdhar, Nohradhar, Churdhar and Rajgarh-Habban in the district would be developed from the tourism point of view. A team of ADB officials has already inspected the proposed sites where tourism promotion activities have been planned.

The scheme, which has been prepared by the Tourism Department, will entail spending of Rs 81 lakh on constructing a path from the picturesque Nohradhar to Churdhar peaks. Since this track was widely used on by the tourists, this will facilitate the commuters. An estimate of Rs 28 lakh has been prepared for developing specific sites on the Rajgarh-Haripur Road from where the scenic beauty of the hills can be enjoyed.

The Deputy Commissioner further informed that another sum of Rs 1 crore would be spent on the beautification of the coveted Shirgul temple. The works to be done includes repair of the museum as well as the temple and developing a tracking route from Habban to Banalidhar. A provision of Rs 1 crore has been made for giving a facelift to Rajgarh which was a major town of the district. Facilities like pathways, parking lots, signboards as well as street lights would be created in the town under the project.

Another proposal included developing an artificial lake on Giri river near Karganu, setting up a cafeteria, water sports and landscaping of the area, revealed Jain.

He also said the possibility of developing a new site for paragliding near Rajgarh at Ser Jagas under the state government’s Nae Manzil Nae Rahe scheme would also be explored. A sum of Rs 2 crore has been set aside for the purpose.

Besides generating self-employment opportunities, these tourism promotion activities were slated to draw a large number of tourists to these places.