NEW DELHI: Selfie fads have often resulted in deaths and serious accidents but now there is an app that will alert people about the danger lurking around while they capture the perfect shot. 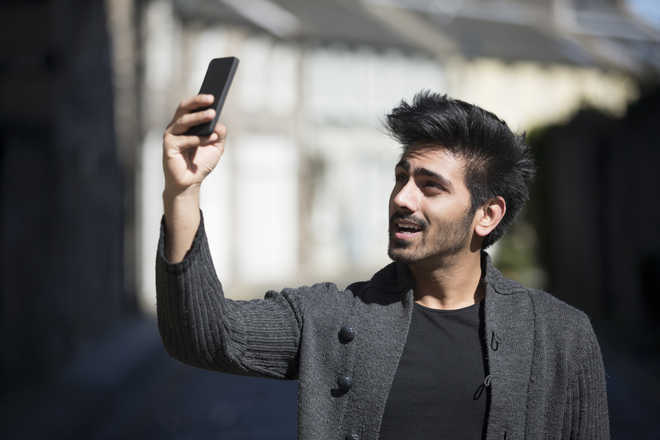 Selfie fads have often resulted in deaths and serious accidents but now there is an app that will alert people about the danger lurking around while they capture the perfect shot.

Researchers at the Indraprastha Institute of Information Technology-Delhi (IIIT-Delhi) have developed the app called Saftie.

"This app is an effort to reduce deaths related to selfies.This camera does a real-time analysis of the image it is seeing and nudges a user if it infers a scene to be dangerous. The app does this inference using deep learning techniques," said IIIT-Delhi professor Ponnurangam Kumaraguru, who has developed the app.

The app will also work if the mobile data is switched off as it does an analysis of the height at which you are standing, the background of the image and many other features, he said.

For instance, if you are near a railway track, a water body or if there is an animal behind you while you are clicking a selfie, you will get a notification saying you are at an unsafe place, he said.

Kumaraguru's team has been working on developing this app for over a year and earlier had developed an Android app location marker under which one could tag a location as dangerous.

The location marker has a list of over 5,500 locations marked as dangerous by users across the world and over 600 locations are verified, that is more than three people have marked the same latitude and longitude as dangerous, the professor said.

The professor said people these days have tendency of clicking cool selfies that they can show their friends on Facebook and Instagram and get likes.

He said there have been incidents when people have died clicking selfies near railway tracks or while standing dangerously on cliffs.

A 22-year-old man named Ranjithkumar died in September last year, while he was trying to click a selfie at the Catherine Falls in Kotagiri, when he lost balance and fell in the waterfall.

In December last year, a youth was trampled to death by an elephant when he was trying to take a selfie with the animal in Khamar forest range area in Angul district in Odisha.

In 2016, a study by IIIT-Delhi has found that India had the maximum number of selfie deaths at 76 follows by Pakistan which has seen nine such casualties. — PTI