PUNE: A team of astronomers, led by John Paice who is a student at Pune-based Inter-University Centre for Astronomy & Astrophysics (IUCAA), has created a high frame-rate movie of a growing black hole system at a level of detail never seen before. 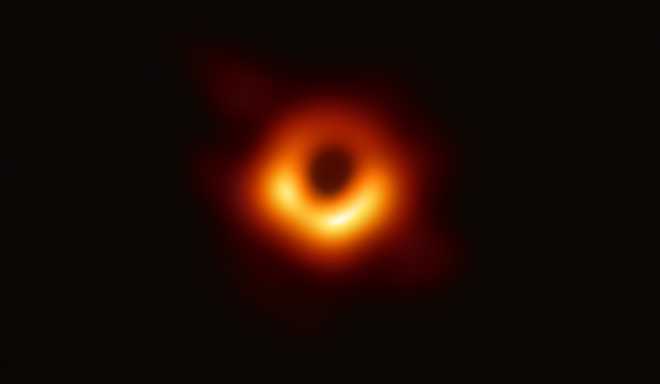 Team uncovered new clues to understanding the immediate surroundings of these enigmatic objects including violent flaring at the heart of a black hole system. — AFP.

A team of astronomers, led by John Paice who is a student at Pune-based Inter-University Centre for Astronomy & Astrophysics (IUCAA), has created a high frame-rate movie of a growing black hole system at a level of detail never seen before.

In the process, the team uncovered new clues to understanding the immediate surroundings of these enigmatic objects including violent flaring at the heart of a black hole system, said a study by University of Southampton published in Monthly Notices of the Royal Astronomical Society journal.

The black hole system studied is named MAXI J1820+070 and was first discovered in early 2018. About 10,000 light years away in our own Milky Way, it has the mass of about seven suns.

"The movie was made using real data, but slowed down to 1/10th of actual speed to allow the most rapid flares to be discerned by the human eye," said Paice, also a graduate student at University of Southampton and the lead author of the study.

"We can see how the material around the black hole is so bright, it's outshining the star that it is consuming, and the fastest flickers last only a few milliseconds—that's the output of a hundred Suns and more being emitted in the blink of an eye," he elaborated.

The IUCAA is an autonomous institution set up by the University Grants Commission (UGC) and is situated in the campus of University of Pune. It promotes research in astrophysics.

Black holes can feed off a nearby star and create vast accretion discs of material.

Here, the effect of the black hole's strong gravity and the material's own magnetic field can cause rapidly changing levels of radiation to be emitted from the system as a whole.

The radiation was detected in visible light by the HiPERCAM instrument on the Gran Telescopio Canarias (La Palma, Canary Islands) and in X-rays by NASA's NICER observatory aboard the International Space Station.

The HiPERCAM and NICER instruments let the researchers record 'movies' of the changing light from the system at over 300 frames per second, capturing violent 'crackling' and 'flaring' of visible and X-ray light.

This is not the first time scientists have found this. A split-second difference between X-ray and visual light has been seen in two other systems hosting black holes but it has never been observed at this level of detail.

Dr Poshak Gandhi, also from the University of Southampton, earlier found the same fleeting time signatures in the two previous systems as well.

"The fact that we now see this in three systems strengthens the idea that it is a unifying characteristic of such growing black holes. If true, this must be telling us something fundamental about how plasma flows around black holes operate," said Dr Gandhi. — IANS