NEW DELHI: Iconic cricketer Kapil Dev, who has come out with a coffee book titled ‘We The Sikhs’ with Dubai-based entrepreneur Ajay Sethi, says the Sikh community has done a great job across the globe. 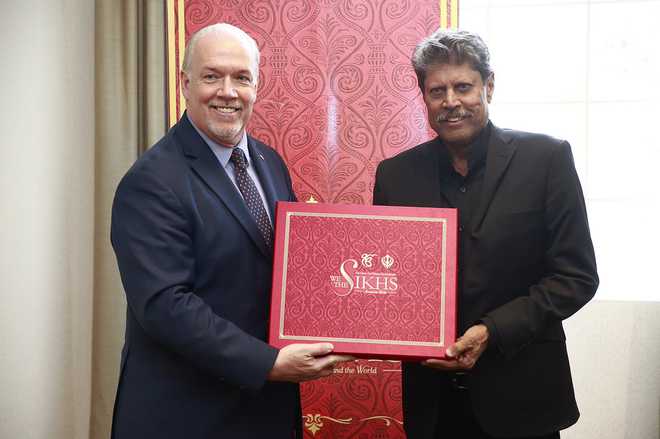 Iconic cricketer Kapil Dev, who has come out with a coffee book titled ‘We The Sikhs’ with Dubai-based entrepreneur Ajay Sethi, says the Sikh community has done a great job across the globe.

Asked what made him come out with the book on Sikhs, Kapil told IANS over an e-mail: "I feel that the Sikh community has done a great job across the world. They are a great example for the world to follow."

'We The Sikhs' celebrates Sikhism and features photographs and original paintings of 100 Gurudwaras across the globe.

"One can learn how to live, be helpful and be a good human being from them. Sikhism is the best path of life," added Kapil, who is currently touring the US with the book.

It began when Kapil visited a Gurudwara in Pakistan and got so moved by the experience that he decided to bring Gurudwaras from all corners of the world together in one precious publication.

The book is divided into three sections-The Gurus, The History and Artifacts and Gurudwaras.

BC is lucky to be home to one of the largest Sikh populations outside of India, strengthening and enriching our province in countless ways. My congratulations to Kapil Dev on the publication of his new book, a comprehensive history of the Sikh community. #WeTheSikhs pic.twitter.com/thAj5fnGIx

‘We The Sikhs’ was launched on April 14 on the occasion of Baisakhi in the American city of Fresno.

Apart from the book, Kapil is also training actor Ranveer Singh for the upcoming sports film '83'.