BATHINDA: The Bathinda Solid Waste Plant has been closed as the Punjab Pollution Control Board (PPCB) has refused to give its consent to JITF company to operate it. 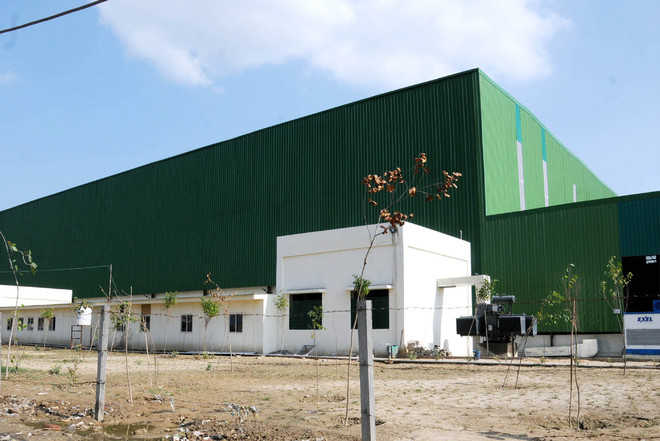 The solid waste plant in Bathinda is closed as the Punjab Pollution Control Board has found many irregularities. Tribune photo

The Bathinda Solid Waste Plant has been closed as the Punjab Pollution Control Board (PPCB) has refused to give its consent to JITF company to operate it. The PPCB has imposed a ban on the processing of garbage and asked JITF to stop operating until it is given the consent.

It is learnt that a team of officials of the PPCB had visited the site and found many irregularities, due to which it refused to renew the consent to operate the Bathinda Solid Waste Plant. That is why, for the past few days, the company has not been collecting garbage. Now, around 110 tonnes of garbage collected on a daily basis in the city is being dumped in the open at the dumping site located behind the plant.

The plant was set up at a cost of Rs 28 crore on 30 acres on the Mansa-Bathinda road on the public-private partnership mode between the Municipal Corporation, Bathinda, and JITF company in 2017, where RDX and manure were prepared after reprocessing the garbage. The project was the state’s first municipal solid waste treatment plant, which was constructed after a long legal battle in the National Green Tribunal (NGT).

MCB XEN Sandeep Gupta said, “The PPCB team had visited the site, during which they had found some irregularities as nozzles of imported spray installed at the site to suppress the odour from going out was found to be not working, so they refused to give the consent to operate, but the company has started the maintenance work and got the non-functional nozzles changed. Even the company has also applied again for the consent and now it is a matter of a few days, the plant would start working again.”

Moreover, since the plant started operating in 2017, it has been facing opposition from residents of 20 nearby colonies, which have constituted a “Plant Hatao Morcha” and they have been demanding the shifting of the plant away from the city for a long time.

They even boycotted the SAD during the Assembly elections in 2017. Even Manpreet Badal had also announced in its manifesto that they would shift the plant on coming to power, but till date nothing has been done in this regard. A delegation of residents, which has met Finance Minister Manpreet Badal many times, says that except assurances, they have got nothing.