CHANDIGARH: The makers of ‘The Zoya Factor’ have released its first motion poster, which features Sonam Kapoor as the ‘goddess of luck’. 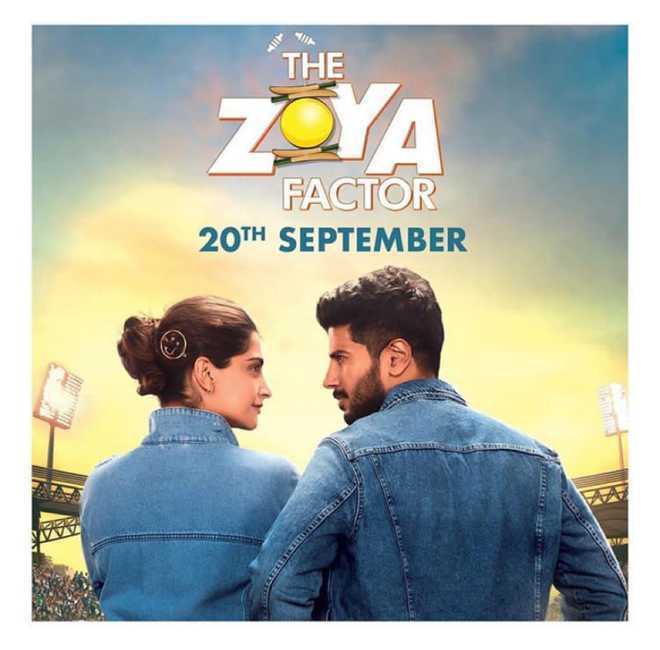 The makers of ‘The Zoya Factor’ have released its first motion poster, which features Sonam Kapoor as the ‘goddess of luck’.

The 34-year-old actress shared the poster on Instagram on Thursday, and wrote: “Who needs Nimbu Mirchi, when you have Zoya Solanki! India’s lucky charm is here to turn tables around for you. #TheZoyaFactor.”

Sonam is seen donning a blue bordered sari with complete traditional jewellery and a garland.

However, she is seen wearing sport shoes, while holding a bat in one hand and a helmet in another. She stands on a podium with a lotus pattern and a halo in the background.

The Zoya Factor’ tells the tale of a Rajput girl, Zoya Solanki (Sonam), who meets the Indian Cricket Team through her job as an executive in an advertising agency and ends up becoming a lucky charm for the team in the 2010 Cricket World Cup.

Zoya was born at the moment when India lifted the 1983 World Cup. The Zoya Factor’ was first scheduled to release on April 5, 2019. The film was then shifted for a June 14 release.

It was reported that the makers of ‘The Zoya Factor’ decided to push the release of the movie to avoid clashing with the upcoming ICC World Cup 2019.