KOLKATA: Legendary actor Soumitra Chatterjee was admitted to a private hospital here on Wednesday after he complained of breathing problems. 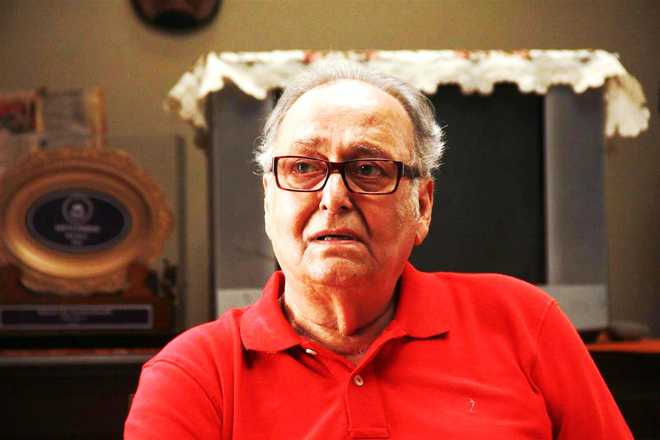 Legendary actor Soumitra Chatterjee was admitted to a private hospital here on Wednesday after he complained of breathing problems.

The 84-year-old Chatterjee, who featured in 14 films by Satyajit Ray and had been conferred the Dadasaheb Phalke Award, was admitted to the hospital around 9.30 am.

A hospital statement said that he is suffering from respiratory tract infection and is out of danger.

“He is being treated in ICU under close supervision,” the statement said.

The actor, who appeared in over 250 films, is also a recipient of Legion of Honour from the French government.

“Our doctors are monitoring him from time to time. At the moment, Mr Chatterjee is out of danger and we are keeping a close watch on him,” a hospital source said.

Initial tests said that the actor was suffering from some age-related health issues such as potassium and sodium imbalance, the source said.

The actor’s daughter Poulami Basu told PTI that his condition is stable.

“There is no threat to his life,” she said.

In his six-decade long film career, Chatterjee had acted in ‘Apur Sansar’, the last of the Apu Trilogy, besides the penultimate film by Ray, ‘Sakha Prasakha’.

He also featured in a number of films by Mrinal Sen, Tapan Sinha and modern day directors.