Often their names are missing from the initial credits; those binge watching invariably fail to connect the dots and seek out the names behind the sterling writing. 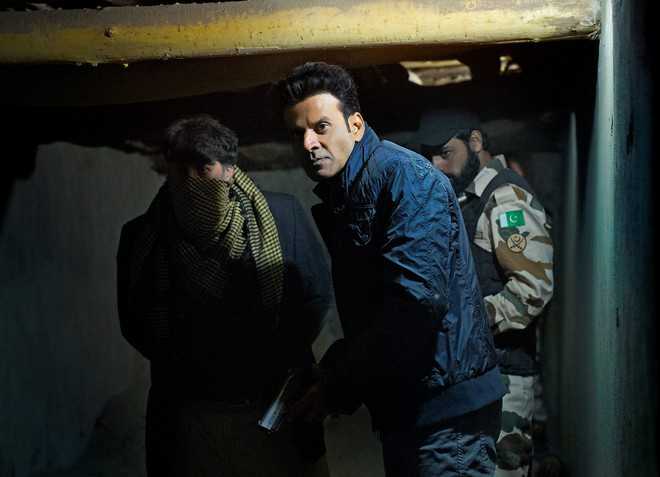 Often their names are missing from the initial credits; those binge watching invariably fail to connect the dots and seek out the names behind the sterling writing. Yet, they are changing the landscape of entertainment with their bold and brave narratives, going where Indian content rarely dares to. From Balochistan to Syria, from the bedrooms of same-sex partners to transgender characters, the gaze has never been more insightful or empathetic. Terrorists are being humanised, dons are as intriguing and complex as cops. Police officers are not just men/women in uniform but beings of many shades.

In the rising graph of OTT (over the top) platforms, writers are easily the vectors driving the content and rewriting its rules. Lending a voice to dissent, showing the mirror to society and taking on several political issues head on, they could well be the new rebels with a cause.

And theirs is a voice largely unfettered by the numbers game. As co-writer and co-creator of Made in Heaven, Reema Kagti puts it, "The best writing right now is on these platforms. Pushing the envelope, writers are not catering to the lowest common denominator." Even though spotlight might often elude them, whether adapting books or minting fresh stories, writers can easily take a bow. Well-known maker Raj Nidimoru of Go Goa Gone fame wears three hats himself, including that of a writer. He says, "Web series is primarily a writer's medium. Writing, and hence the writers, are the stars here."

But whether they are getting the star treatment or even their due, Nisarg Mehta, writer of Hostages, feels, "Dilli abhi door hai." Yes, writers are being recognised and are being talked about in glowing terms. He elucidates, "All this is studio talk and hasn't percolated down to the audiences who, as of now, are not clued in to the writers' club."

He asserts that like all other mediums, here, too, the platform or the studios still seek out big names. For instance, Hostages had Sudhir Mishra on board as the director. A big star or an acclaimed director are almost a given, even in the webscape where rules are necessarily not the same as in star-driven Bollywood. Moreover, often the writer and the director are one and the same. The current rage, The Family Man, is written by the director duo Raj Nidimoru and Krishna D.K. Made in Heaven, too, emerged from the combined writing skills of Reema Kagti, Alankrita Shrivastava and Zoya Akhtar. Most of them are established names and boast of a successful career in Bollywood, and are now finding a new flight on these streaming platforms as well.

On the key difference between the two mediums, Raj uses an analogy from cricket; "It is Test cricket vs One-day match. Only unlike cricket, here a marathon-type long format is gaining currency." Reema, too, agrees that writing for the web is akin to penning three film scripts at one go. Raj adds, "You are not just writing more, you have to be mindful of the individual arcs of each episode too." But one thing they are all positive and upbeat about is: it is less of a challenge and more of an opportunity. In the web-series, a writer can delve deep, flesh out characters better and move into unchartered territory.

Reema finds it liberating to write for what she calls streamers. Absence of censorship means they don't have to be constantly watching their back. So, is it unplugged writing? Nisarg doesn't quite concur and says there are umpteen revisions between the first and the final draft. He shares, "What you finally see is most definitely a filtered version. For studios and platforms run by corporates are not immune to pressure."

Reema, however, has a different take and cites an example. Though she did touch upon alternate sexuality in her debut directorial Honeymoon Travels, it is only with Made in Heaven that she could truly enter the forbidden territory unhindered and portray gay relationship boldly and honestly.

Nisarg, however, opines that sex and erotica cannot be the only barometer of being fearless. Of course, the medium does allow you to voice your opinion. Even pack in uncomfortable truths, as Varun Grover did in Sacred Games, otherwise adapted from Vikram Chandra's novel.

Scenes of mob lynching and chilling portrayal of gau rakshaks have become the talking point, as also an object of censure both in Sacred Games and The Family Man. Can writers be browbeaten and forced to toe the line? Raj, though not oblivious to the criticism from certain quarters, believes they present a balanced point of view. He avers, "We are only observers of the world around us and not passing any judgment or giving any opinion." In fact, the series repeatedly reminds you how it is inspired by news reports.

Freedom to tell as it is

Demand for censoring web surfaces every now and then. However, if censorship were to be imposed on web content in India, Reema asserts the Indian makers would be at a huge disadvantage vis-a-vis their foreign counterparts. Since it’s world wide web, they are not just competing with their compatriots but also with international players. There are certain standards they are being judged upon.

Does this impel them to ape/emulate international work? Now, that is a tricky terrain. Nisrarg doesn't think it is a bad idea per se. A show like House of Cards that has brilliant and candid writing can inspire anyone. Yet, when he was adapting Israeli series Hostages what was uppermost in his mind was how to indigenise and Indianise the settings, the context and the nuances. Reema doesn't think when they were writing Made in Heaven they had Indian or global audience in mind, "We were just telling stories that are normally brushed under the carpet."

The biggest upside for writers writing for this platform, feels Reema is, "to be able to tell diverse stories, stories such as say women-centric ones that may not have a huge market in feature films."

Market for web content is yet another nebulous zone as the success of web series can't be quantified in tangible terms. Reema says, "The fact that the medium is freed of the constraints of the numbers game is rather dignifying." Nisarg isn't sure about the tangible part. Working in an industry where you get the price you can command, absolute figures can certainly help. Nevertheless, he, too, admits that while film scripts can often go begging, web series definitely get made. "I am still looking for takers for three of my film scripts. I may have signed Hostages much later but it was the first to be out."

Clearly, in the webscape, right now it is advantage writers. Still, more benefits could and ought to accrue to their account. Only then, perhaps, successful writers like Ritesh Shah (of Pink and Batla House) may be tempted to make the switch. Till then, perhaps, the best of writing will largely come from writer-directors as in The Family Man or Delhi Crime written and directed by Canada-based Richie Mehta. Raj deems there is no incongruity in the writer doubling up as director as well. They have always combined the two roles. For Reema, being a writer is an extension of her role as a director. But, yes, she admits, "It may take a while for writers to get the credit they truly deserve." But things have begun to move in the right direction.

A long road to glory

A couple of years back, National Award winning lyricist and writer Varun Grover was a trifle piqued by the lack of recognition and respect for writers. However, today, along with his co-writers, he is basking in the limelight for creating a near-flawless screenplay of Sacred Games.

Of course, the webscape is yet to transform into a veritable writers' paradise. As Nisarg says, "Even today, we do not take the writing process as seriously. Everyone is in a hurry to put out as much content as possible." But for every writer/maker in haste, there is a Richie Mehta putting in four years of writing and research. Beyond market and revenues, these writers are echoing Enid Bagnold's thoughts, "To cherish the oddities, to let nothing go down the drain… to make a great flower out of life, even if it's a cactus."