Deadly as Windies of yore 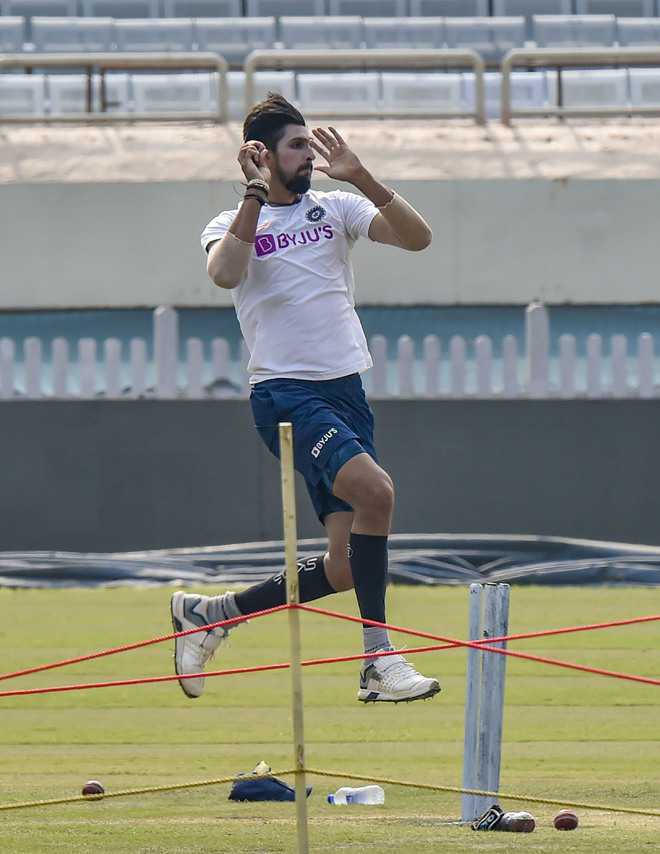 Ishant Sharma during a training session ahead of third Test in Ranchi. PTI photos

West Indian batting great Brian Lara praised the current Indian pace attack, which reminded him of the deadly West Indian attacks of yore. The Indian pace trio of Jasprit Bumrah, Ishant Sharma and Mohammed Shami picked up a record 142 wickets among them in Test matches in 2018.

Asked what makes the Indian team special, Lara said: “It’s the Indian pace attack. Unbelievable. I saw them in the West Indies. When you look at the quality — Jasprit Bumrah, Mohammed Shami, Umesh Yadav — all these guys, and the guys on the sidelines, like Bhuvneshwar Kumar are unbelievable. It reminds me a little bit of the pace bowling strength that the West Indies had in the 80s and 90s. The reserve strength is very important in assessing a team’s ability. It means that your attack has quality.”

Lara was lavish in his praise for Virat Kohli, whom he termed the “ultimate captain”.

“He’s (Kohli) the ultimate captain. In terms of his performances, he leads by example. And I mean that in all facets of the game, and off the field too,” Lara said. “He came off very well in the background of MS Dhoni, who laid the foundation, and did things in a different way. So, I think Indian cricket, as we all know, is headed in the right direction. It’s influenced by some of the best people, and is reaping the benefits of it.”

Lara also seemed happy that a player of Rohit Sharma’s calibre is set to play regularly across different formats. “I think that Rohit is an awesome player in all formats of the game. It seems that he has the passion to play and wants to prove himself on that stage (Test) as well,” said Lara. — PTI

Dhaka: Bangladesh chief selector Minhajul Abedin has expressed concerns over the fitness of the national team’s fast bowlers before the upcoming tour of India, a litmus test for a side seeking to climb the ladder in the Test arena. Abedin also said that pacer Mustafizur Rahman will have to prove his fitness in the upcoming National Cricket League before the team departs for India. He was worried over the fitness of the national team’s pacers, given that the likes of Mustafizur, Taskin Ahmed and Mohammad Saifuddin are recovering from injuries. Bangladesh’s upcoming tour of India, scheduled in November, comprises three T20Is and two Test matches. — PTI