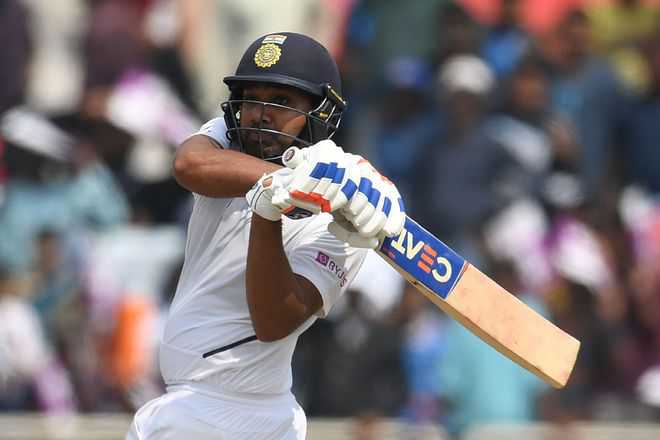 11 Sixes hit by Rohit off Dane Piedt in this series, the most for any batsman against a single bowler in a series

17 Sixes hit by Rohit (below), the most hit by a batsman in a Test series and the most struck this year. West Indian Shimron Hetmyer hit 15 in Bangladesh in 2018-19 in two Tests. Rohit has only played four Test innings, 12 fewer than nearest rival Ben Stokes

185 Runs partnership between Rohit and Ajinkya Rahane is the fourth highest wicket stand for India vs South Africa. Rahane scored his fastest half-century at home