LONDON:Cristiano Ronaldo left a $23,000 tip at a Greek luxury resort he stayed at after Portugal were knocked out of the World Cup. 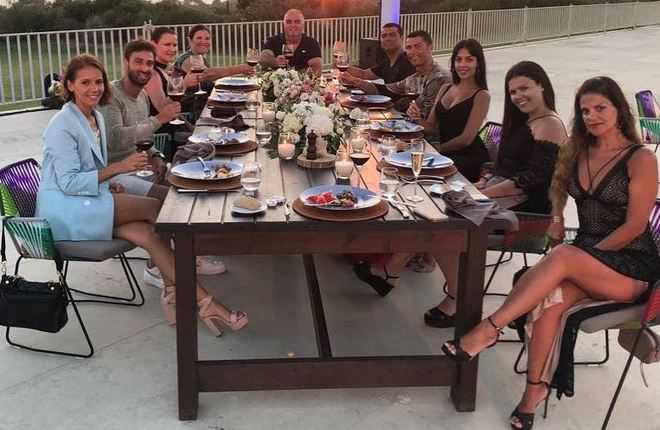 Cristiano Ronaldo posted this photograph of a dinner during his vacation. Ronaldo/Instagram

Cristiano Ronaldo left a $23,000 tip at a Greek luxury resort he stayed at after Portugal were knocked out of the World Cup.

According to British media reports, the Portuguese captain left the huge tip after being extremely impressed by the service at the Costa Navarino resort in Greece.

Ronaldo was recently signed up by Italian club Juventus on a $117 million transfer from Spain’s Real Madrid. Ronaldo will earn ^30 million every season, according to reports.

Incidentally, within 24 hours of his transfer being made official, Juventus had sold 520,000 Ronaldo shirts — worth around $60 million, which is more than half his transfer fee.

Since clubs receive only 10-15% of the revenue the kit manufacturer makes, Juventus would get an estimated $6-9 million from the shirts sold in those 24 hours.