AUCKLAND: Drafted into the playing XI for the first time in the ongoing World Cup, Pakistan wicketkeeper Sarfraz Ahmed made an instant impact with a record-equalling six catches and 49 runs in the team''s upset win over South Africa. 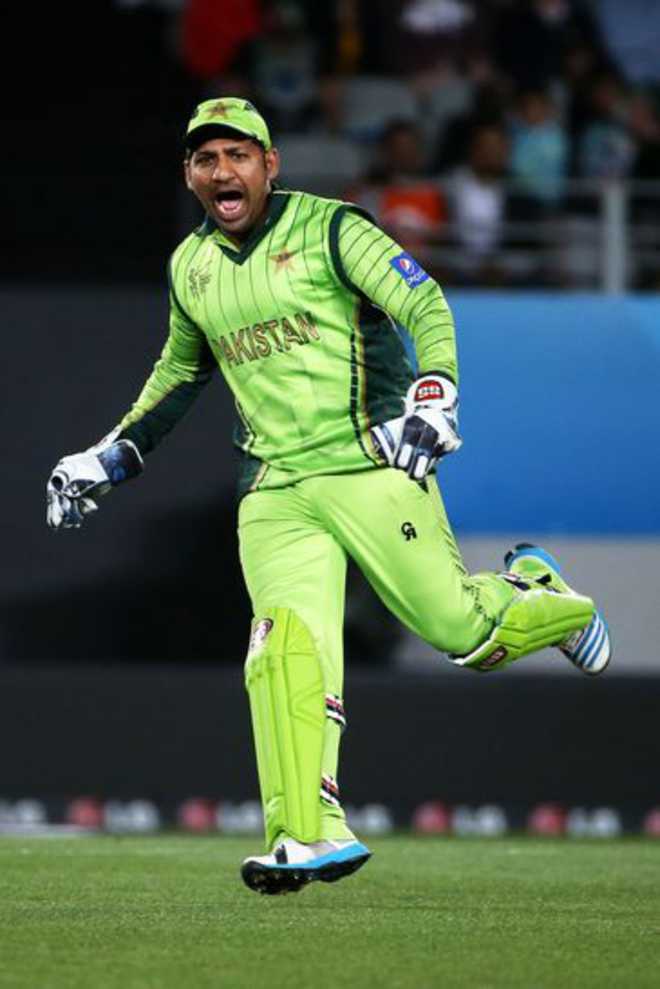 Sarfraz Ahmed equalled the world record for catches by a wicketkeeper in a ODI with six dismissals. AFP

Drafted into the playing XI for the first time in the ongoing World Cup, Pakistan wicketkeeper Sarfraz Ahmed made an instant impact with a record-equalling six catches and 49 runs in the team's upset win over South Africa.

The other players to have effected six dismissals in a ODI include Australia's Adam Gilchrist, India's MS Dhoni, South Africa’s Mark Boucher and Quinton de Kock, West Indies' Ridley Jacobs, England's Alec Stewart, Jos Butler, Matt Prior and Scotland's Matthew Cross. Pakistan, who recorded their third win in pool B, rose to third in the table and Man-of-the-Match Sarfraz played a key role after giving his team a good start while opening the batting and then combined with the pacers to stop South Africa from reaching their D/L revised target. Sarfraz, who missed the first four games as Pakistan chose Umar Akmal to keep wickets, scored a run-a-ball knock, laced with five fours and three sixes to contribute to the team's 222 all out in in 46.4 overs. — Reuters

6 dismissals for Sarfraz Ahmed. The previous one was by Adam Gilchrist against Namibia in 2003.