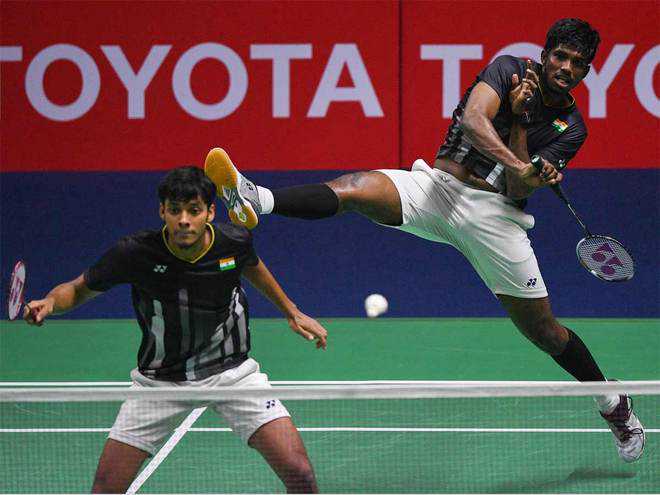 The Indian men’s doubles badminton pair of Satwiksairaj Rankireddy and Chirag Shetty continued their prolific run today, entering the semifinals of the China Open by beating world No. 3 Li Jun Hui and Liu Yu Chen of China. The Indians were at their absolute best as they defeated the former world champions 21-19 21-15 in a clash that lasted 43 minutes.

Standing in the way of Satwik-Chirag and their third World Tour final appearance of the year will be top seeds Marcus Fernando Gideon and Kevin Sanjaya Sukamuljo. The Indian pair hardly put a foot wrong in the hard-fought first game. They were tactically better and led all the way. The Chinese pair took it close at 17-17 but Satwik-Chirag found a way to pull ahead at crucial moments. They had two game points and needed just one to clinch the game, 21-19 in 20 minutes.

The spectators were expecting Li and Liu to come hard at the Indians in the second game but Satwiksairaj and Shetty were ready for the challenge. Both pairs were neck-to-neck at 12-12 but thereafter, the Indian duo pulled away with some clutch shots under pressure. The Indian pair took the second game 21-15 as the crowd was stunned into silence. — Agencies