Sindhu gives up fight against Okuhara in semifinals

SINGAPORE:PV Sindhu looked woefully out of form as she surrendered without a fight to former world champion Nozomi Okuhara of Japan in the women’s singles semifinals at the Singapore Open badminton tournament. 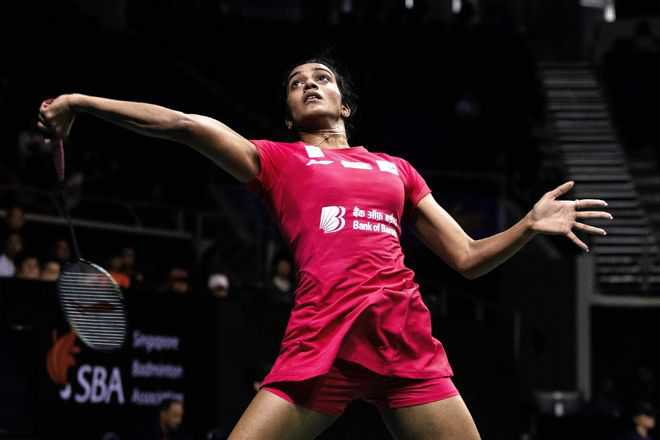 PV Sindhu looked woefully out of form as she surrendered without a fight to former world champion Nozomi Okuhara of Japan in the women’s singles semifinals at the Singapore Open badminton tournament. Sindhu lost 7-21 11-21 to world No. 3 Okuhara in a lopsided contest. Sindhu looked completely out of sorts as she surrendered the first game in just 15 minutes after a series of unforced errors, mainly at the net and sidelines.

In the second game, Sindhu lagged 1-3 but recovered to make it 4-4. Okuhara then changed the pace of the rallies and gathered six straight points, which included two precise lifts at the backline and also a prompt net return. The Japanese led 11-5 at the interval. Okuhara kept the pressure on Sindhu and eventually a round-the-head crosscourt return took her to 18-8. Four wide shots delayed the inevitable before Okuhara grabbed nine match points with another superb crosscourt smash. With another crosscourt return, Okuhara sealed her place in the final.