Wish you were BCCI chief when Yo-Yo was there: Yuvraj to Ganguly

NEW DELHI: Former Indian all-rounder Yuvraj Singh has joined the list of cricketers congratulating Sourav Ganguly who is all set to be elected as the next president of the BCCI. 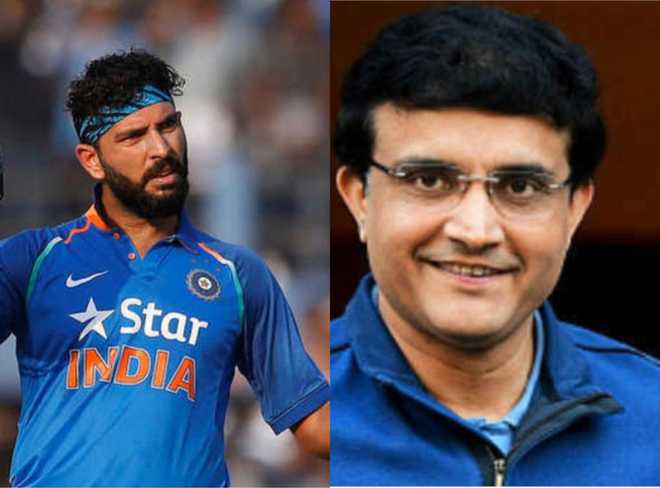 Former Indian all-rounder Yuvraj Singh has joined the list of cricketers congratulating Sourav Ganguly who is all set to be elected as the next president of the Board of Control for Cricket in India (BCCI).

Yuvraj, while saying that Ganguly can enact the role of the BCCI chief with a "player's point of view", also jokingly said that it would have been good for him if the former Indian skipper had been the president "when the Yo-Yo was in demand".

He made this comment while referring to the manner in which he was pushed out of reckoning for the national team.

"Greater the man greatest the journey! From Indian captain to BCCI president. Think it will be a great insight for a cricketer to be an administrator and make others understand administration from a player's point of view. Wish you were the president while the Yo-Yo was in demand. Good luck dadi," Yuvraj tweeted on Friday.

Yuvraj, who played a crucial part in India's successful campaigns at the 2007 World T20 and the 2011 World Cup, had previously said that the Yo-Yo Test was used as an excuse to deny him a place in the team.

Greater the man greatest the journey! Frm IndianCaptain to @BCCI president.Think it will b a gr8 insight 4 a cricketer to be an administrator & make others understand admin frm a players point of view Wish u were d president while d yoyo was in demand😂good luck dadi👊@SGanguly99

The 37-year-old had announced his retirement from international cricket in June this year. He had revealed that the BCCI had promised him a farewell game provided he failed the 'Yo-Yo' fitness test. However, he passed it and therefore, the swansong never happened.

Ganguly filed his nomination at the BCCI headquarters in Mumbai on Monday and is set to be elected unopposed to the post of BCCI President on October 23.

However, his appointment will be a short one as he will have to go in for a cooling off period from September 2020, under the new rules. — IANS