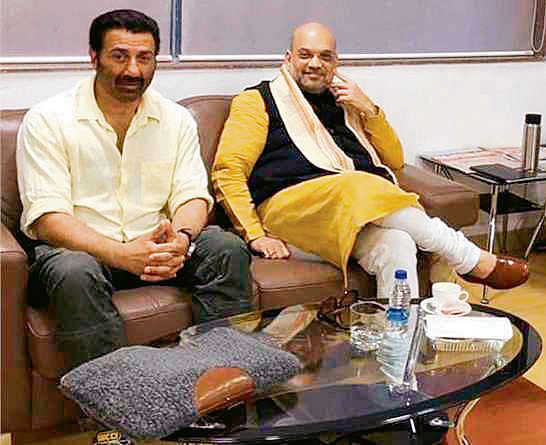 Actor Sunny Deol met party chief Amit Shah in Pune at the Pune airport on Friday evening. The meeting lasted a few minutes. This triggered speculation that the actor may be fielded by the BJP from Punjab.

The BJP, which has an alliance with the Shiromani Akali Dal, is yet to announce candidates for the three seats in its quota in Punjab — Amritsar, Gurdaspur and Hoshiarpur. Deol called it a courtesy meeting,  “I  met him (Amit Shah) and we took a photo. That’s it,” he was quoted as saying.

His picture with Shah was shared by a BJP leader on the social media which went viral. Popular as an action hero, Deol has acted in several films, some of them, such as ‘Border’ and ‘Gadar’, were a hit.