The next US President could also be in 70s: Study

NEW YORK: When Donald Trump took charge as the US President in 2016, he became the oldest American to be elected president at the age of 70, now chances are high that the next US President could be even older, says a study. 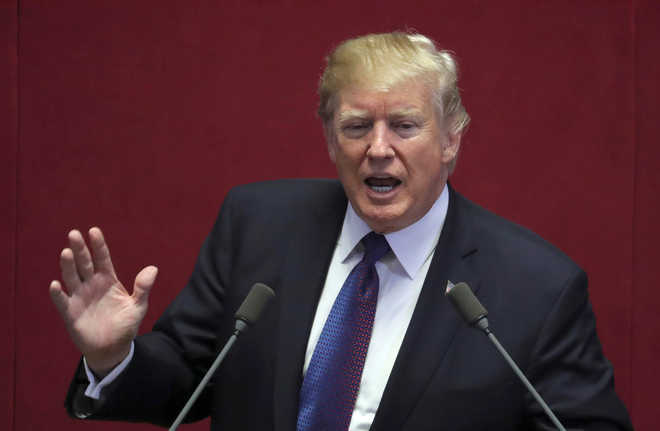 Donald Trump took charge as the US President in 2016, he became the oldest American to be elected president at the age of 70. — Reuters

When Donald Trump took charge as the US President in 2016, he became the oldest American to be elected president at the age of 70, now chances are high that the next US President could be even older, says a study.

The research also suggests that with more people living longer and healthier lives than before, there is no such thing as being "too old to be president".

The researchers found that age is not a relevant factor in judging the fitness of presidential candidates to hold the nation's highest office as "age is just a number".

"This research for the first time provides science-based calculations that show that the age of a candidate should not be considered at all," said study author S. Jay Olshansky from the University of Illinois in the US.

According to the researchers, four of the leading contenders for the 2020 US Presidential elections from both the Democratic and Republican parties are in their 70s: US senators Joe Biden (76), Bernie Sanders (77) and Elizabeth Warren (70) on the Democratic side and Republican incumbent Donald Trump (73).

Overall, seven of the 27 candidates currently in the race would be aged 70 and older on inauguration day in January 2021, increasing the odds that the oldest person ever elected president could be sworn into office that day.

The study suggests that nearly all of the candidates meet the criteria to live healthy and without disability not only through a first term but through a second term as well.

Previously, almost four in 10 people surveyed in a June 2019 Economist/YouGov poll said they considered anyone in their 70s "too old to be president".

But according to the study, "chronological age itself should not be used as a sole disqualifier to run for or become president".

In the paper titled "Longevity and Health of US Presidential Candidates for the 2020 Election" and published in AFAR, the research team used data from national vital statistics to estimate lifespan, healthspan, disabled lifespan and four- and eight-year survival probabilities for US citizens with attributes matching those of all 27 current candidates for the next two election cycles. — IANS