Time to clear the air on inhalers 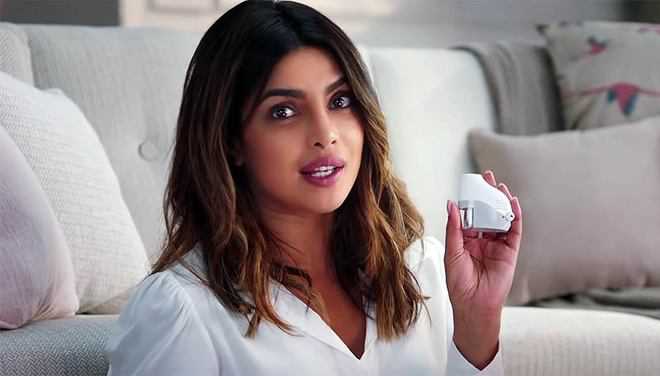 I’ve been using inhalers since i was five. These only helped me achieve my dreams. — Priyanka Chopra

COPD (chronic obstructive pulmonary disease) and asthma account for the second largest number of deaths in India. There are 93.5 million chronic respiratory disease patients in India, which is 15.69 per cent of the global prevalence. The country ranks second in the world as far as the prevalence of asthma is concerned. Nearly 500 persons may be dying of asthma every day. Uttar Pradesh accounts for the maximum number of deaths, nearly 48,000, from asthma in India. And many of these can be prevented by the use of right preventive measures. This makes awareness about the use of inhalers very important, as was highlighted at a health conference organised by Heal Foundation in New Delhi recently. Dr Jaideep Gogtay, global chief medical officer, Cipla, explained that in an asthmatic person, the muscles of the bronchial tubes lighten and thicken, and the air passages become inflamed and mucus-filled, making it difficult for air to move.

Advanced research and latest guidelines recommend the use of inhalers for the treatment of asthma. However, only eight per cent patients are currently using inhalers in India. The use of inhalation therapy and controller medication, in particular, stays low.

The key reasons for poor use of inhalation therapy in India are: lack of awareness; stigma; often spoken, though without much reason, the difficulty in using and handling of inhalers; myths about the disease — it should be opted as the last resort, it is habit forming; availability of alternative forms of therapy; it has side effects and so on and so forth.

Like many other diseases, asthmatics also hesitate to publically accept their condition. The stigma attached to some health conditions makes it difficult for patients to come out candidly in the public.

Some other myths that surround inhalers include that these can lead to a child’s stunted growth; asthmatics should avoid exercising; inhalers can be addictive; and to use inhalers secretively are junked.

Doctors recommend the use of inhalers instead of other medicines, as these have lower dosage as compared to pills and capsules and the medicine reaches the lungs directly.

The bottom line is that asthmatics can live a normal, happy and fulfilling life and can do everything that others do if the medical condition is considered no big deal and best treatment available is opted for.

The Indian star, who is making waves in Hollywood, Priyanka Chopra has lived with asthma for nearly three decades now, and it hasn't stopped from going milestones to milestones. In a recent tweet, the global icon shared,  “Those who know me well know that I'm an asthmatic. I mean, what's to hide? I knew that I had to control my asthma before it controlled me. As long as I've got my inhaler, asthma can't stop me from achieving my goals and living a 'Berok Zindagi'.” She has also recently appeared an ad in which she accepts that she has asthma and does away with apprehensions and myths that shroud the disease and its social perception.