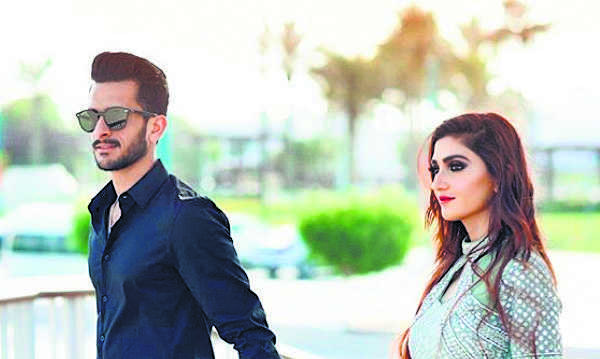 The cricketer today shared his pictures of Mehndi ceremony on micro blogging site twitter with a tweet, “mehndi night in the middle of the desert.”

Replying to Hasan Ali’s Twitter post, Indian tennis star Sania Mirza congratulated the Pakistan cricketer, but at the same time made a special request. “Congratulations Hassan wish you both a lifetime of love and happiness ... this time you’ll have to treat us to more than Nandos though,” wrote Sania Mirza, who is married to Pakistan all-rounder Shoaib Malik.

A video of the Pakistani bowler is also going viral on social media in which he is celebrating his wedding the way he celebrates getting a wicket. The news of Shamia, a girl from Haryana’s Mewat who works with Emirate Airlines, marrying Pakistani fast bowler Hassan Ali had hit headlines in July.

Shamia had reportedly met Ali during a random dinner in Dubai. Impressed, Ali courted Shamia and sent a marriage proposal to her, which was duly accepted by the Mewat girl.