Armstrong’s memorabilia to be auctioned

Houston: The personal collection of Neil Armstrong, the first man to have set foot on the moon, is to be sold in a series of auctions later this year and in 2019. 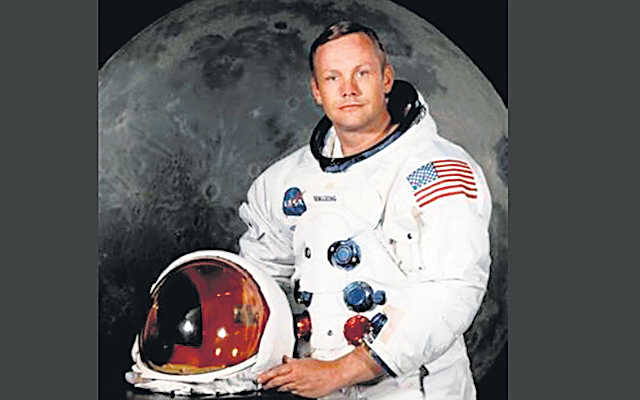 Armstrong’s memorabilia to be auctioned

Houston: The personal collection of Neil Armstrong, the first man to have set foot on the moon, is to be sold in a series of auctions later this year and in 2019. The artefacts on offer range from those associated with Armstrong’s historic 1969 lunar landing to his private mementos.  They include pieces of a wing and propeller from the 1903 Wright Brothers’ Flyer that the spaceman took with him to the moon; Apollo 11 Robbins medallions, silver medallions commemorating the launch, landing and return of the mission; a gold pin flown on Gemini VIII, the sixth earth-orbiting spacecraft in NASA’s Gemini programme; and important correspondence. IANS

Nairobi: Schoolchildren in Kenya are helping to fight deforestation by planting seeds using slingshots. It’s part of an initiative by the company SeedBalls Kenya, which makes and sells seedballs globally. It encourages children to have slingshot competitions using the charcoal-covered seeds instead of stones. About 2 million seedballs have been planted in Kenya in the past year and a half in what has been called “guerrilla gardening.” Kenya’s government has recognised the threat from deforestation and earlier this year imposed a temporary logging ban that was extended in May by another six months. AP

Los Angeles: Singer Taylor Swift has been accused of stealing the name of her gaming application. The singer launched The Swift Life in 2017 to introduce fans to a special social network, through which devotees can gain access to exclusive content. However, small business owner Patrick Benot claims he obtained the rights to the name for his computer consulting company a decade ago and now he’s suing Swift for trademark infringement. He alleges that the pop star’s new application has sparked confusion among consumers, with her fans inundating his SwiftLife email helpline with questions about her product. IANS