BERNE: Industrialist Yash Birla, as also two Mumbai-based individuals behind City Limousines scam, are among five Indian nationals with Swiss bank accounts whose names have been made public in Switzerland’s official gazette with regard to ongoing tax probes against them in India. 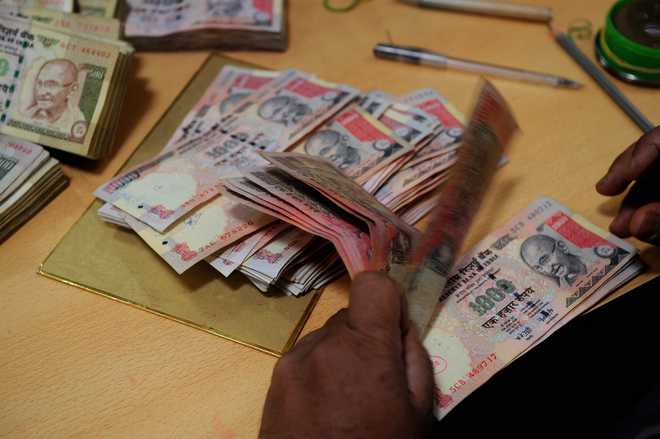 Industrialist Yash Birla, as also two Mumbai-based individuals behind City Limousines scam, are among five Indian nationals with Swiss bank accounts whose names have been made public in Switzerland’s official gazette with regard to ongoing tax probes against them in India.

The other two are Gurjit Singh Kochar, son-in-law of late realty baron Ponty Chadha, and a Delhi-based businesswoman Ritika Sharma.

The names of these five “Indian nationals” have been made public in Switzerland’s Federal Gazette with regard to details sought about them by the Indian authorities.

Among these, some details have already been shared by the Swiss Federal Tax Administration (FTA) with India including about Birla and Sharma of Blessings Apparel.

These are in addition to the two other Indians—Sneh Lata Sawhney and Sangita Sawhney—whose names have also been made public in similar manner for being probed by the Indian tax authorities.

In case of Sayed Mohamed Masood, being probed for a major ponzi scheme run from Mumbai through City Limousines, some details were shared by the Swiss authorities in the past. His accounts were also frozen a few years ago following a request from the Enforcement Directorate.

Fresh details about him and about Chaud Kauser Mohamed Masood have been sought by the Indian authorities, as per the notifications published in Switzerland’s official gazette.

There was no reply to queries mailed to Birla’s office, while repeated calls to Sharma did not elicit any response.

Earlier also, when Birla’s name had come out in a leaked HSBC list of Swiss bank accounts, he had declined to comment.

A family representative declined to comment on the notification issued about Kochar, who is believed to be outside India. He is facing probe by the Income Tax Department and other agencies for quite some time.

No contact details were available for comments from Masoods.

Making public these names, the Swiss Federal Tax Administration (FTA) has asked them to file an appeal within 30 days before the Federal Administrative Court if they do not want their details to be shared with the Indian authorities under their ‘mutual assistance’ treaty on tax matters.

In case of Birla and Ritika Sharma, whose details have been already shared by the Swiss authorities, the notifications also mention their addresses in India, but the information given to India has been withheld from the gazette.

No further details—other than their names and dates of birth—were made public for other “Indian nationals”.

Similar is the case for other foreign nationals, including the British, Spanish and Russians.

In case of American and Israeli citizens, their full names have been withheld and they have been identified by their initials and dates of birth.

At least 40 such ‘final notices’ have been published in the Swiss Federal Gazette so far this month, while more such names are expected to be published going forward.

The alleged stashing of wealth by Indians in Swiss banks has been a matter of great debate in India.

The Indian government has been pushing the Swiss authorities for a long time to share information on the suspected tax evaders, while Switzerland has shared some details in cases where India has been able to provide some independent evidence of suspected tax evasion by Indian clients of Swiss banks.

While there was no reply to queries mailed to the FTA spokesperson in this regard, these names are being published in the Swiss Federal Gazette in the backdrop of the Swiss government being flooded with requests on suspected black money hoarders in Swiss banks from various countries including India.

As per these notices, the concerned persons can file an appeal before the Federal Administrative Court within 30 days, while providing the reasons and evidence in their support.

Through these gazette notices, the Swiss FTA is also looking to give the concerned persons an opportunity to resort to legal remedies. These are the persons about whom foreign governments are requesting information. — PTI