British tourist ''eaten by shark'' while on holiday

LONDON: A British tourist was believed to have been eaten by a shark during a luxury trip to celebrate his wife''s 40th birthday while swimming in what was deemed a "safe" lagoon, it was reported on Friday. 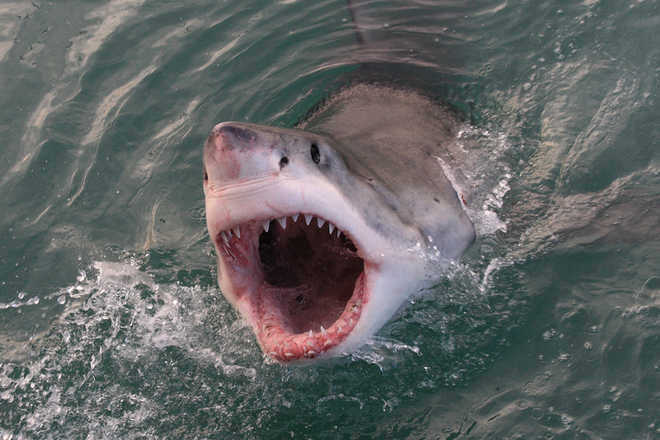 A British tourist was believed to have been eaten by a shark during a luxury trip to celebrate his wife's 40th birthday while swimming in what was deemed a "safe" lagoon, it was reported on Friday.

The victim, identified as civil servant Richard Martyn Turner, from Edinburgh, was snorkelling by himself in waters off the Reunion Island, a French department in the Indian Ocean, where four sharks were later caught, The Daily Mail reported citing Scottish media reports as saying.

The 44-year-old's death was confirmed by judicial sources days after his severed hand and forearm were found in the stomach of a tiger shark, which was at least 13-ft long.

His wife identified his remains through his wedding ring.

Meanwhile, DNA tests were also being carried out on the other remains found inside the tiger shark to confirm that they belong to Turner.

The other three sharks will also have their stomach contents examined, The Daily Mail said.

Turner vanished on November 2 while snorkelling in Hermitage Lagoon, off the coast of the Reunion.

Despite four sharks being killed near near to where he went missing, the lagoon was described by locals as "safe" for swimmers.

The Hermitage Lagoon is known for its calm, shallow waters of less than 6ft and its dense coral reef, which serves as a barrier that helps keep sharks out.

The UK Foreign Office is yet to comment on the incident. IANS