LONDON:Idiocracy, nothingburger and fam are among the 1,400 new words to make an entry into the Oxford English Dictionary (OED) as part of its latest update. 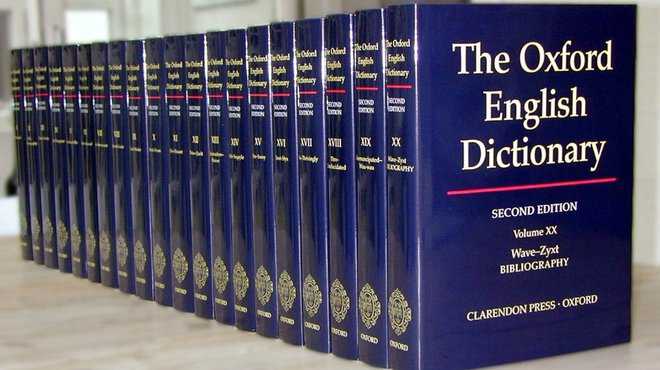 Idiocracy, nothingburger and fam are among the 1,400 new words to make an entry into the Oxford English Dictionary (OED) as part of its latest update. Idiocracy refers to a society consisting of or governed by people characterised as idiots.

In what may be seen as a reflection of modern-day politics, the word is also defined as a government formed of people considered stupid, ignorant, or idiotic, by the definitive lexicon of the English language.

“Words like democracy and aristocracy originated in ancient Greek, but by the 18th century, -ocracy was being added to English words,” explains Katherine Connor Martin, Head of US Dictionaries at OED.

“In the 19th century, the trickle of such formations became a flood, with many of the new words being terms of ridicule, a tradition to which idiocracy belongs,” she said.

Some of the other stand-out entries in the latest update include nothingburger, defined as a person or thing of no importance, value, or substance, especially something which, contrary to expectations, turns out to be insignificant or unremarkable.

Fam, short for family and with a wider connotation for family and close friends, has been added due to its prolific use as a slang in reference to relatives and mates. Another new addition is alt-right, which is short for “alternative right” and came to prominence in recent years especially in the US after Donald Trump’s election campaign for President.

The OED classifies it as “an ideological grouping associated with extreme conservative or reactionary viewpoints, characterised by a rejection of mainstream politics”. The OED is updated four times a year, with the next update is due in December. — PTI